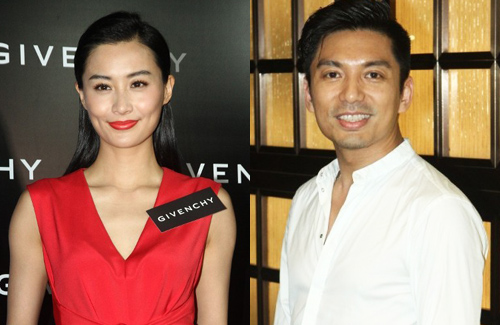 Besides recently shooting a mini-movie in France, Fala had to attend various commercial shoots as one of the spokespersons for Givenchy Beauty. After the event, Fala has to immediately fly back to New York for her new upcoming semester.

Fala disclosed, “This year will be my last school semester. I’ll be graduating in May. Right now, we’re focused on stage performances so we can put on a show for graduation.”

Will Consider Working With Daniel Sit in the Future

Fala’s ex, Daniel Sit, recently announced his intention to work in the entertainment industry. Fala said she was aware of this. Fala laughed, “Of course I’ll support him! Male artistes have a very long lifespan; he still has lots of time.” Asked if she gave him any advice, Fala said, “No, he’s an adult – he knows what to do. We communicate occasionally and he has talked to me about this.”

Asked if she would mind starring in a drama with Daniel, Fala said, “I’ll have to take a look at the screenplay first – we’ll talk about it when that time comes. If the screenplay is good, then I won’t mind. We won’t know anything until later in the future.” As to whether Fala would be willing to portray a romantic couple with Daniel onscreen, she said it would be dependent on the screenplay.

Explaining that her current boyfriend, French entrepreneur Emmanuel Straschnov, would not be jealous if she were to act with Daniel, Fala added, “Of course not, work is work.”

Having split from Daniel four years ago, Fala expressed that there were absolutely no awkward feelings between the two. In fact, they still keep in touch and recently saw each other over dinner after Daniel attended Grace Wong‘s (王君馨) wedding last month in New York.