Fala Chen is Willing to Wait for Love 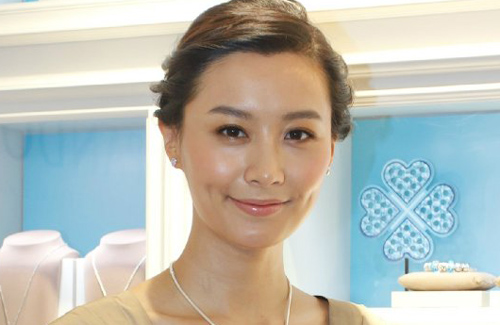 After leaving TVB last year, Fala Chen (陳法拉) challenged the film industry with daring roles. After filming horror movie Tales from the Dark 2  <奇幻夜> with Gordon Lam (林家棟), she took up summer acting classes in New York. In her latest film, Mysterious Treasure <神秘寶藏>, Fala is faced with a different challenge with the intensely physical role.

Portraying a female pirate, Fala is paired with comedians Dayo Wong (黃子華) and Ronald Cheng (鄭中基) in the film which revolves around pirate Cheung Po Tsai (張保仔). With the three-month filming took place on a beautiful island, Fala stated that the experience felt like going to summer camp with close friends.

Since Fala has quite a number of fighting scenes, she received scratches and bruises all over. On top of injuries, she suffered severe headaches and nearly fainted from a heat stroke due to the intense heat from the sun. Despite wishing for milder filming conditions, the weather did not cooperate and Fala’s tan grew several shades darker.

Waiting for the Right Person

Leaving TVB was not the only change in her life. In June 2013, Fala announced her breakup with boyfriend of six years, Daniel Sit (薛世恆). The couple was even rumored to have been secretly married, but reached a consensus to end their relationship because of conflicting viewpoints over their lifestyles and future together. Although Fala is a highly sought after bachelorette, she admits that she is currently not dating anyone. After her split, Fala ultimately decided to concentrate on her acting career first.

With regards to finding her other half, she answers, “I will not be thinking about that now. I haven’t met anyone and love depends on fate. If there’s no love right now, I’ll just wait.”

10 comments to Fala Chen is Willing to Wait for Love