China’s upcoming remake for the hit Taiwanese idol drama Fated to Love You <命中注定我愛你> isn’t getting much love.

The success of China’s 2017 remake of the classic Taiwanese drama Meteor Garden <流星花園> has started a widespread remaking craze for Taiwanese dramas, introducing idol classics to the new generation. So far, both My Lucky Star <放羊的星星> and The Prince Who Turns Into a Frog <王子變青蛙> are confirmed to be getting remakes, to be filmed in late 2018. Fated to Love You is the third of these remakes to start filming in late 2018.

The original Fated to Love You, which premiered in 2008, was the show that kickstarted Ethan Juan (阮經天) and Baron Chen (陳楚河) to fame, and established Joe Chen (陳喬恩) as one of Taiwan’s highest-paying actresses.

When Fated to Love You was confirmed to be getting a remake, fans weren’t exactly ecstatic, but hoped the adaptation would be faithful and properly introduce their beloved characters to a new generation of fans.

However, now that the new remake is officially confirmed, fans have discovered through the show’s promotional posters that the characters were given new names. Ethan Juan’s “Ji Cunxi” has become “Wang Xiyi”; Baron Chen’s “Dylan Dai Jianren” is now called “Di Lun”; while Joe Chen’s “Elaine Chen Xinyi” has been renamed to “Chen Jiaxin.”

Netizens and fans weren’t pleased with the new changes. “Please don’t ruin my childhood,” one netizen wrote. Another netizen joked, “China should just produce a new show called Screenwriting of China <中國有編劇> so they can save China’s screenwriting industry.”

Some netizens did respond to the new remake positively, and are already suggesting actors. Dilireba (迪麗熱巴), Andy Yang (楊紫), and Guli Nazha (古力那扎) were among the recommended actresses to play the part of the female lead. 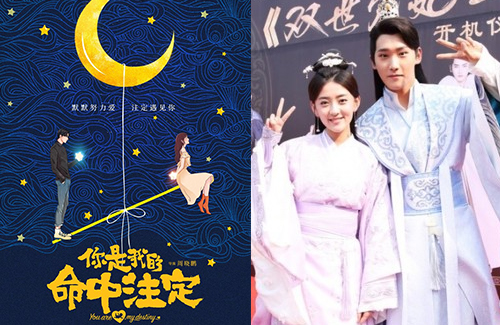