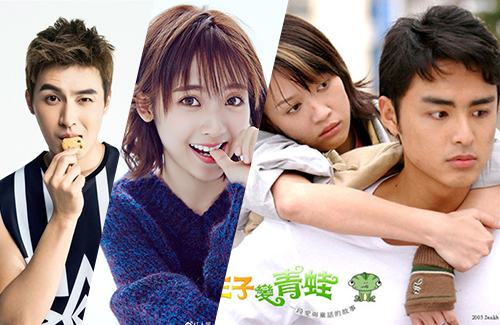 Taiwanese idol drama The Prince Who Turns Into a Frog <王子變青蛙> will be getting a remake and fans aren’t sold.

The record-breaking TV series, which starred Ming Dao (明道) and Joe Chen (陳喬恩), broke Meteor Garden’s <流星花園> ratings when it first aired in 2005. It was a cultural phenomenon and catapulted Ming Dao and Joe Chen to international fame.

According to a report released by the National Radio and Television Administration about new September television productions, a Chinese remake of The Prince Who Turns into a Frog has officially received the green light and production for the show is expected to begin in November. Principal photography is expected to go on for six months, with a total of 36 episodes. Sources say the adaptation will be very similar to the original.

According to other media reports, 27-year-old Gao Taiyu (高泰宇) will portray Ming Dao’s role Shan Junhao, while 24-year-old rookie actress Fair Xing (邢菲) will portray Joe Chen’s role Ye Tianyu. Gao has starred in dramas such as Love Weaves Through a Millennium <相愛穿梭千年>, Wu Xin: The Monster Killer 2 <無心法師II>, and Little Valentine <小情人>, while Xing, who debuted only three years ago, is best known for starring in the idol drama Master Devil Do Not Kiss Me <恶魔少爷别吻我>.

Fans of the original show voiced out their disappointment at the remake, expressing that it is too soon for an adaptation, nor is it necessary. Gao and Xing would also have to carry a lot responsibility—besides having to bring in a new set of fans, they would also have to appease to the old ones. The old classic will be hard to beat.

TAGS: Fair Xing, Gao Taiyu, The Prince Who Turns into a Frog