Him Law Gushes About His Newborn Daughter 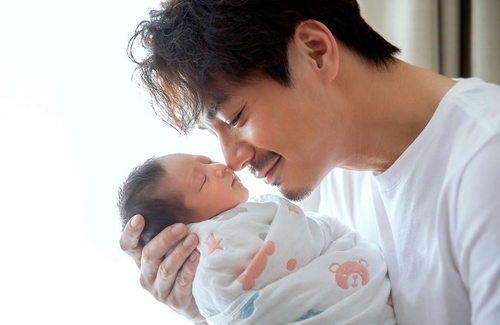 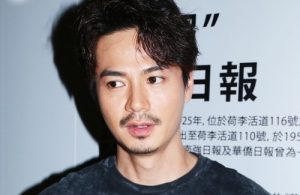 Since last summer, Him Law (羅仲謙) has been taking on TVB dramas to spend more time in Hong Kong with his wife, Tavia Yeung (楊怡). Having just welcomed their newborn child, Him is staying put in Hong Kong and filming for the upcoming TVB series, Armed Reaction 2020 <陀槍師姐2020>, in which he completed a scene in three takes. The actor accepted an interview on the set of his new drama and happily gave everyone an update on his wife and daughter’s conditions.

He revealed Tavia is currently in postpartum confinement while taking good care of their daughter. Him said, “My wife bathes our daughter every day, but I’m still learning. I’m scared that I will be too rough and hurt her, so I have taken on the responsibility of earning milk money.” 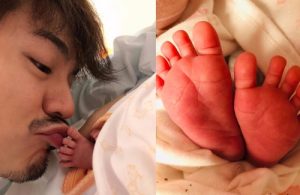 The new father continued, “Every day, I watch her fall asleep, talk to her, and take videos and pictures of her. We have already taken over a thousand photos of her since she was born. I love kissing her feet because her toes look like grapes. They are so cute!”

Head over heels for his daughter, Him often finds himself missing her when he is at work. Afraid that he’ll miss out on his daughter’s milestones, he expressed, “I want to watch her drink milk, bathe, and change out of diapers. My daughter is almost 12-days-old, and her face is changing daily; that’s why my wife sends me photos and videos each day.”

He shared that Tavia has been having pig trotter in vinegar to aid her recovery. When the reporter asked how he will reward her for her hard work, he joked, “I’ll give her my bank account number so she can use my money.” 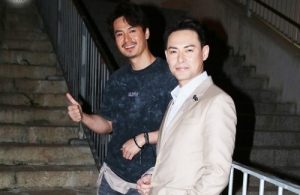 Him’s Armed Reaction 2020 costar Gabriel Harrison (海俊傑) said he already congratulated Him on becoming a father. Though Gabriel and his wife of two years adore children, they are leaving it up to fate. “I will play with my goddaughter for now! She is two and really cute. I always take pictures with her, so even my makeup artist thinks she is my daughter,” Gabriel shared.