Joey Law, Jeannie Chan Took a Trip to Japan Together 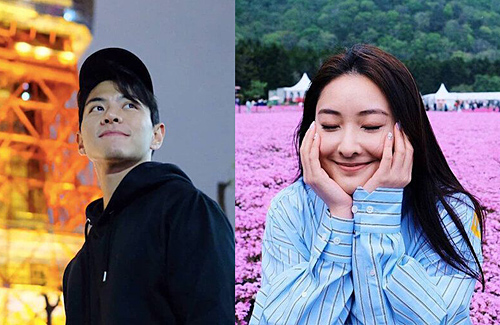 Rumored to be dating Joey Law (羅天宇), Jeannie Chan (陳瀅) was suspected of going on vacation to Japan with the actor in May.

Denying all of the allegations, Jeannie may actually be attracted to Joey instead. The pair grew close after working on ICAC Investigators 2019 <廉政行動 2019>.

In May, the pair took a short trip together to attend a flower festival in Japan with several of their friends outside the entertainment industry. Throughout the trip, Joey and Jeannie tried to maintain a bit of distance to prevent others from recognizing them, but a fan who saw the two tried snapping a photo of them. Quickly realizing that someone was attempting to take a photo, Jeannie turned around and walked away.

While fans didn’t connect the dots at first, it was Jeannie’s Instagram photo that gave the trip away. After Jeannie posted a photo of herself with cherry blossoms in Japan, Joey shortly posted two photos of himself in Japan, one of which was shot with and Angel Chiang (蔣家旻). Because of the timing of the photos, many keen-eyed fans believe that they all went together as a group.