Marketed as TVB’s version of popular K-drama Penthouse, The Beauty of War <美麗戰場> saw supporting cast members such as Angel Chiang (蔣家旻) stealing the limelight from the main performers. Recently airing its final 20th episode, fans were left dissatisfied by the open ending, and which left unresolved plot developments instead of wrapping up loose ends! 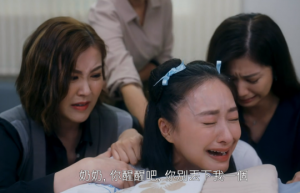 Turning bone chillingly cold-hearted, central character Ka Po (Jeannie Chan 陳瀅) betrays good friend Jinger (Moon Lau 劉佩玥) for 2 billion dollars. Leaving her facing heavy reputation losses, she later offers ten million to keep her silent, and tells Jinger that she would pass her another twenty million if she is charged and jailed. Luckily, Fu Kwai (Bob Lam 林盛斌) intervenes to save Jinger and sacrifices an exorbitant sum in the process, as the two’s relationship looks set to progress.

Revealing to Yu Zeun (Karl Ting 丁子朗) that Xiaomei (Hera Chan 陳曉華) is the one who caused his right arm to be amputated many years ago, Ka Po indirectly causes Xiaomei to get stabbed. The two former friends Ka Po and Jing Er rush to the hospital where Xiaomei passes due to delayed treatment; the duo get into a conflict and slap each other under heightened emotions. 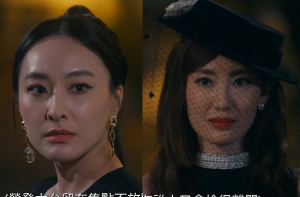 Finally, towards the end of the episode, Zan Yu (Alex Fong 方力申) finds Ka Po and appears to seek her forgiveness, even though he should be living happily with Tong Yan (Rebecca Zhu 朱晨麗) after divorcing Ka Po…Zan Yu then learns about Tong Yan getting together with his dad Kwok Dong (David Chiang 姜大衛), before the story makes known that he disappears mysteriously while out at sea. Tong Yan is pictured saying “Didn’t I tell you to let him off?”, to either Kwok Dong or another party, adding to the mystery of Zan Yu’s circumstances.

The ultimate scene flashes back to Ka Po at the Miss Hong Kong 2022 pageant. When she approaches the car park, Ka Kei (Angel Chiang) appears again after a long absence, leaving viewers guessing if she is back for revenge or connected to Zan Yu’s disappearance, paving the way for a sequel.

Responding to viewers’ criticism of the dissatisfactory finale, producer Patrick Kong (葉念琛) said that he felt that open endings were a bold way to conclude a series. Emphasizing that he was not lazy to wrap up the series, he asked, “Did Vivian Chow’s (周慧敏) character die in The Greed of Man <大時代>?” and added that he was prepared for and had in fact intended for the story to flesh out as it did, and deliberately left certain gaps to be filled by viewers’ own interpretation.