With his good looks and fit physique, 32-year-old Joey Law (羅天宇) is often cast in hunky roles after placing in Mr. Hong Kong 2008. His younger half-brother, 26-year-old Wu Fei (胡㻗), followed in Joey’s footsteps and joined Mr. Hong Kong 2016. Both managed by TVB, Wu Fei appreciates Joey’s guidance and always having an older brother to look out for him. Sharing a close bond, the brothers took turns sharing their childhood stories. Although they had many brotherly squabbles, they reminisced the bickering fondly.

Their different personalities prompted their mother to use different methods to raise them, as Joey was more introspective while Wu Fei was mischievous. While their mother was extremely strict with Joey, she eased up when it came to disciplining Wu Fei. When they were students, Joey was forced to come home immediately after school, but Wu Fei was given the freedom to stay for sports and recreational activities after classes were over. 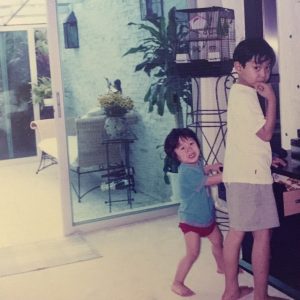 Joey recalled, “One time, my mother called the cops when she noticed that I had not returned home by 7 p.m. This eventually made me prefer to stay home to watch television and play video games. However, my mother later felt that I was too introverted, so she encouraged my younger brother to go out more. My mother was not afraid of anything, except that we would turn out to be bad people.”

Seeing how Joey had turned out, their mother took a different approach in raising Wu Fei. He shared, “After school, I would stay back to play basketball. Maybe that’s why I’m a bit taller than my brother! I now realize that my mother’s leniency towards me was because of being too strict with Joey.” 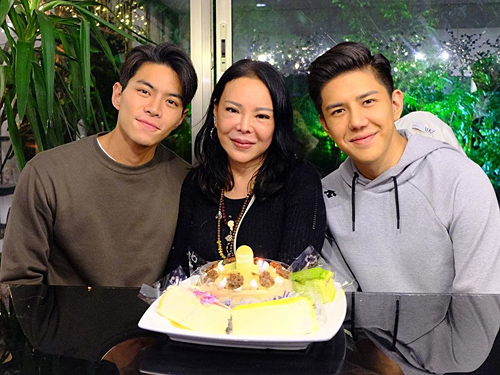 Due to Joey’s introverted nature, his mother decided to send him to Thailand to live with his father, in hopes of widening his horizons. Recalling his childhood in Thailand, Joey shared, “When I arrived in Thailand, I cried often because I could not communicate. Seeing how sad I was, my mother enrolled me in classes to learn the Thai language. Even so, I was very confused because I didn’t know why I needed to learn Thai. I would be going to Australia eventually, so what does learning Thai have to do with going to school in Australia? Later, I realized that my mother wanted me to learn how to socialize and be a better person.”

Hearing his brother’s experience, Wu Fei chimed in, “I had it worse than you! Because our mother thought I was too mischievous, she made me go to Wudang Mountain to learn martial arts. I remember I had to go all the way to the mountaintop for training. I went for three months. I wanted to cry every day. I had to get up every morning at 5:30 a.m., run to the temple for prayers, then start the day with martial arts practice. The school did not have a restroom, so I had to bathe in the river.”

Even Closer as Adults

Although six years apart in age, the two brothers remain close. The brothers’ bond is further strengthened now in their adulthood, as they have more in common. Because both work at TVB, they often confide and confer to one another about any issues. Supportive of Wu Fei joining the entertainment industry, Joey saw positive changes in his brother. For example, Wu Fei changed his lateness habit and is now very punctual.

Joey joked, “Actually, I already discovered my brother’s acting potential when we were younger. When he broke my things, he would begin crying even before any discipline happened! So instead, my mother would yell at me for making my baby brother cry. He would then lean on our mother’s shoulder and mock me. Sometimes, I would get so angry that I would hit him. Not anymore though–as we grew up, he started learning Muay Thai and went to Wudan Mountain. Plus, he is also taller and has stronger build than me.” 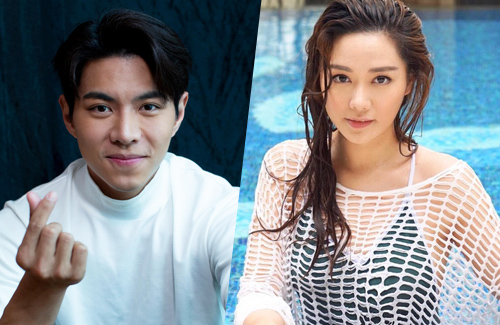