Since sweetly declaring their romance with a pair of stuffed toys on Instagram last year, 47-year-old Kenneth Ma (馬國明) and 34-year-old Roxanne Tong (湯洛雯) have won the blessings of fans and the Hong Kong public alike. 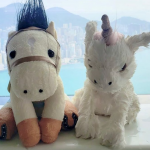 Regularly displaying their affections via their respective mini-me versions – him a horse and her a unicorn, the two also celebrated Roxanne’s 34th birthday with a hotel staycation trip. Despite having dated for just over a year, many already see marriage on the cards for the celebrity couple, due to their good compatibility and strong relationship progress.

There was also talk that Roxanne’s father, actor Tong Chun Chung (湯鎮宗) plans to give her the Maanshan Yunhai Villa Lily Avenue property he owns – reportedly worth 50 million Hong Kong dollars as wedding dowry, but Roxanne later clarified that the new residence belongs to her parents and her sister, Cassandre Tong (湯樂瑤).

Meanwhile, Roxanne has set her own plan into motion. Not willing to let work get in the way of love, she was recently spotted actively searching for a suitable three-room rental unit at Tseung Kwan O near TVB city, where she intends to move in with Kenneth to try out cohabiting, since their time together has been limited by their respective busy filming schedules. In fact, she has even persuaded the filial Kenneth to move out of the Taikoo Shing apartment he shares with his parents, so she can see more of him. 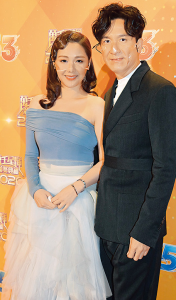 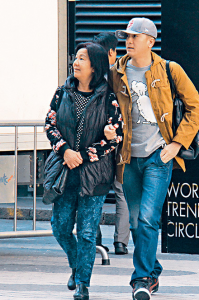