Wedding Bells for Kenneth Ma and Roxanne Tong in 2021? 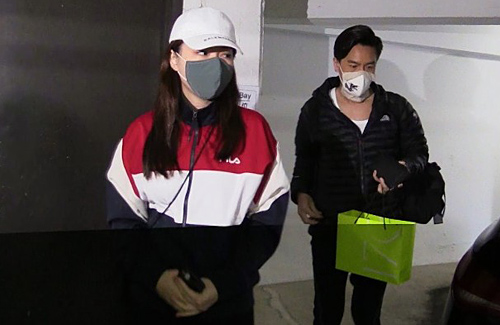 Since announcing their relationship in June, Kenneth Ma (馬國明) and Roxanne Tong (湯洛雯) have been frequently been seen going on dates and spending the night at each others’ homes. Openly extolling the benefits of marriage, the 46-year-old actor is speculated to the tie knot in 2021.

Regarding Roxanne as someone he intends to marry, Kenneth previously dropped hints on possible wedding bells and said, “Getting a wife is more important than winning the TV King title. Marriage is one of life’s most important milestones, and finding the perfect life partner is better than getting an award.”

Thumbs Up from Parents

Becoming an instant favorite with Roxanne’s family after meeting them, Kenneth has been receiving nudges from her parents on getting married soon. It is speculated that Roxanne’s father, who chipped in for the down payment, will gift Roxanne the 2000-square-foot condo purchased under the actress’ name in December 2019. Located in Ma On Shan’s Crown of St. Barths development, Roxanne’s condo was purchased for $45 million Hong Kong dollars and possesses many luxurious amenities.

Seen out and about the other day running errands and doing a little shopping, Roxanne and Kenneth were dressed casually and happily waved at reporters when they were spotted. Holding bags of gifts and goodies, the couple returned to Kenneth’s home in Taikoo Shing.

Kenneth and Roxanne were not seen leaving that night and only stepped outside the building the next day at 6 p.m. The couple was seen driving towards Ma On Shan, presumably to check out their new love nest.

13 comments to Wedding Bells for Kenneth Ma and Roxanne Tong in 2021?