South Korean legal drama One Ordinary Day is positioning itself as a Korean remake of British award-winning series Criminal Justice and garnering attention for its star-studded cast that includes Kim Soo Hyun, Cha Seung Won and Kim Sung Kyu. Ahead of the drama’s release, the stars attended an online press conference and shared how they add their own interpretation to their characters.

In the drama, Kim Soo Hyun plays Kim Hyun Soo, a college student who unexpectedly becomes the prime suspect of a murder case.  Cha Seung Won stars as Shin Joong Han, a third-rate lawyer who is the only one willing to defend Kim Hyun Soo. As the duo gets deeper in the case, they discover the cards are stacked against them and are left with exposing the gaps in the justice system.

As a big fan of the original British series, Kim Hyun Soo was very interested in the drama and revealed, “I thought it was a good opportunity to perform in such a captivating work. In the drama, Kim Hyun Soo suffered from injustice and like many people who tried to prove their innocence, no one would believe him. I have never felt so wronged.”

In comparison to Kim Soo Hyun’s youthful character, Cha Seung Won ditched his suave image to play a disheveled lawyer. The actor revealed that he had a wonderful time working with director Lee Myung Woo in another project and thus he quickly accepted to work with the director again without reading the script. Cha Seung Won suggested to the director to exaggerate the character’s scruffy image and joked, “I’m the only character in the drama without any muscles. Kim Soo Hyun and Kim Sung Kyu are muscular.”

Kim Sung Kyu plays Do Ji Tae, one of the longest serving prisoners and has a strong influence over Kim Hyun Soo. When asked if Kim Sung Kyu felt any pressure in being casted in another villainous role, the actor replied, “The character is different from my previous role. He is a powerful figure in the prison. If I compare it to the animal kingdom, it’s as if a hyena suddenly turns into a lion.” 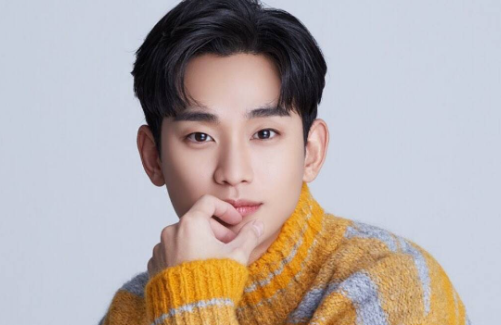