Music survival show Chuang 2021 <创造营2021> will hold its final eliminations on April 24, and announce the winners to debut in a 11-member international boy band through global viewers’ votes.

Accepting contestants across the world including Japan, Thailand, United States, and Russia, Chuang 2021 features a compelling mix of diverse talent. One of the most popular contestants is Russian native, 27-year-old Lelush who is currently ranked #10 with millions of votes, despite his vocal desire to not get placed in the boy band. 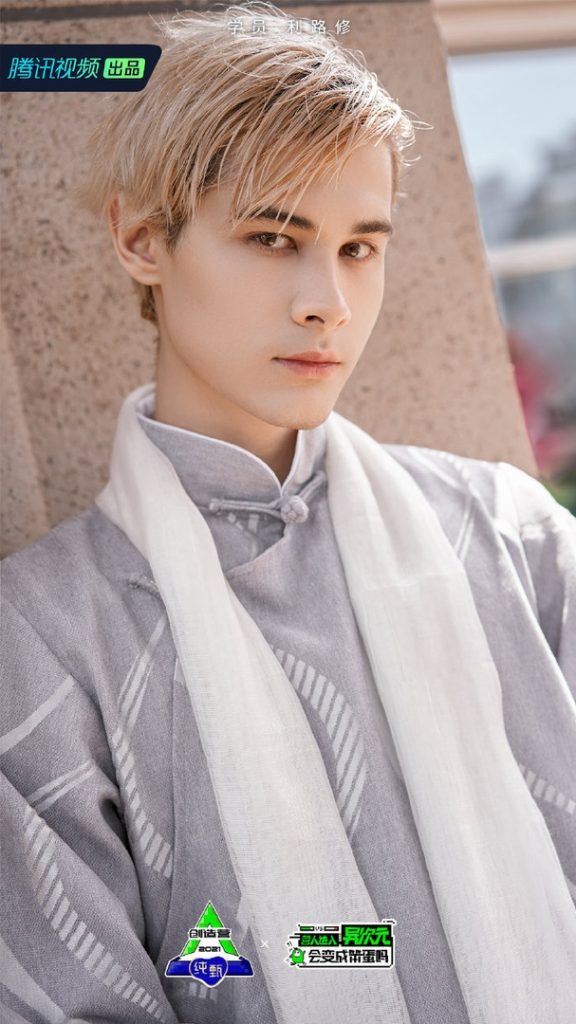 Originally a Chinese translator for two Japanese contestants, Lelush’s captivating good looks caught the crew’s attention and was persuaded to join the music competition. He agreed because he thought that it was a great deal seeing that his lodging and meals would be covered. He would also be able to earn extra income filming for a television show. However, this was only the beginning of a long and arduous journey…

Competing for a spot in a boyband involves rigorous training, while having every moment filmed. Realizing that he made a mistake, Lelush could not withdraw from the show and pay money to end the contract.

Incredibly unmotivated, he would half-heartedly practice his dancing and singing. He would purposely show up disheveled and pretend to not understand Chinese. In front of the cameras, he often said he wanted to be eliminated from the competition as soon as possible. Receiving a “F” grade two times in a row during testing, Lelush happily exclaimed, “F means Freedom!” He also attempted to run away during a foggy night, but was not successful and reluctantly returned.

However, all of Lelush efforts had the opposite effect, as many netizens resonated with his reluctant behavior “to go to work”! His ranking rose from #74 to #10 after multiple rounds of voting. Viewers were attracted by Lelush good looks, while some continued to vote for him “to torture him longer.” His pleas fell on deaf ears, and his fellow contestants and mentors can only laugh at his expense.

As time went on, Lelush was touched when he witnessed his fellow teammates working hard and practicing until 5 a.m. He decided to work hard to help others achieve their dreams, and tried his best so that his team would be able to make the finals. Ironically, his teammates were eliminated, but Lelush remains in the running.

With the finals night for Chuang 2021 just three days away, Lelush made it clear that joining a boyband is not his dream, and urged his fans to stop voting for him. He feels that there are others more deserving to win. Respecting his wishes, Lelush’s fan club announced they will no longer pool together resources to vote for him.