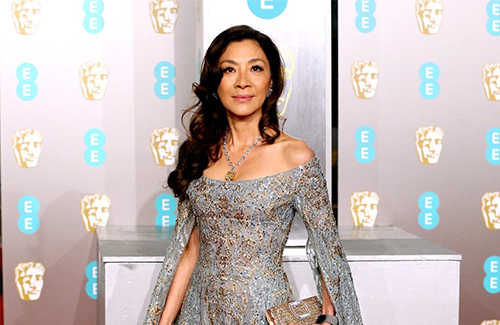 Rumors are saying that Michelle Yeoh (楊紫瓊) is in talks to star in Marvel’s upcoming superhero film Shang-Chi and the Legend of the Ten Rings, the first Marvel superhero film to feature an Asian lead.

Chinese Canadian actor Simu Liu (劉思慕), best known for his performance in the Canadian sitcom Kim’s Convenience, will star in the title role. Tony Leung Chiu-wai (梁朝偉) will star as the Mandarin, the film’s main villain. The Farewell actress and Golden Globe winner Awkwafina is also confirmed to star in an unannounced role. Their casting was confirmed last summer.

Should talks between Michelle and Marvel work out, Shang-Chi will be Michelle’s first film with Tony in 27 years. Their last film together was the 1993 Hong Kong wuxia film Butterfly and Sword <新流星蝴蝶劍>, which also starred Joey Wong (王祖賢), Donnie Yen (甄子丹), and Jimmy Lin (林志穎). 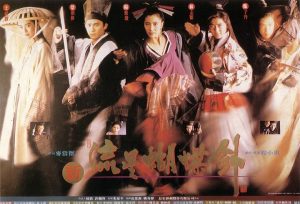 Michelle previously made a cameo appearance as Aleta Ogord in a mid-credits scene for Marvel’s Guardians of the Galaxy Vol. 2. But according to the rumors, Michelle is actually in talks for a different role in Shang-Chi.

Shang-Chi first appeared in the comic Special Marvel Edition #15, which was released in December 1973. Known for his unarmed and weapon-based wushu fighting style, Shang-Chi eventually gains the ability to duplicate himself and joins the Avengers.

Filming for Shang-Chi is expect to begin early this year in Australia, and is slated for a release on February 12, 2021.

Cast for “Shang-Chi” Announced; Tony Leung to Portray The Mandarin

How Did “Shang-Chi” Leading Actor Simu Liu Get Marvel’s Attention?