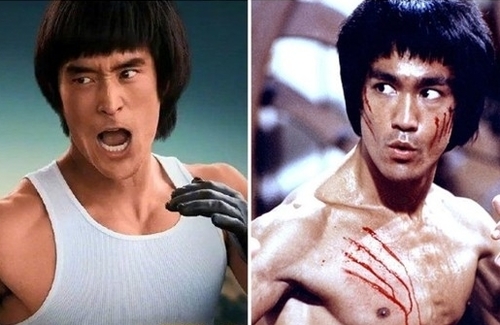 Director Quentin Tarantino just released his ninth feature, Once Upon a Time in Hollywood, and it will be in showing in theaters in Hong Kong next week! The 1969-set features characters based on real-life figures, including director Roman Polanski (波蘭斯基), movie star Steve McQueen (史提夫麥昆), and Bruce Lee (李小龍). The latter will be played by up and rising Korean-American actor Mike Moh.

Mike, who started as a stunt man, is a loyal fan of the late martial artist. He said, “Bruce has been a hero of mine since I was a little kid. To have the opportunity to portray Bruce is an actual dream come true.”

However, the opportunity did not come easy. He fought hard to secure the role and went through four rounds of auditions in two months before winning the role. “It was probably the longest two months of my life!” the actor exclaimed.

According to Mike, he poured a lot of time and energy into preparing for the role. “Anytime you take on a true-to-life character, there’s a bit of added pressure, as the audience already has a certain idea of how that person should be portrayed,” Mike shared. “The fact that the person is a legendary figure like Bruce Lee adds to the pressure two-fold.”

Hence, he spent countless hours taking note of Bruce’s voice, mannerisms, and movements through Bruce’s filmography and few interviews available. Mike also studied what Bruce’s “mentality was as both a person and an artist in the 60s before he had achieved superstar status.”

In addition to playing Bruce, Mike also had the opportunity to work with Hollywood’s biggest stars: Brad Pitt and Leonardo DiCaprio. Although he praised Brad’s professional, it turns out that Mike was the happiest to be in the same film as award-winning actor Al Pacino, who plays the manager in Once Upon a Time in Hollywood. It’s surreal for Mike to see his name next to Al’s on the big screen.

“Once Upon a Time in Hollywood” Trailer 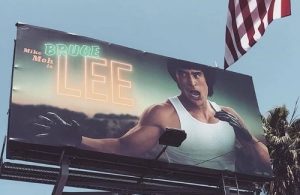 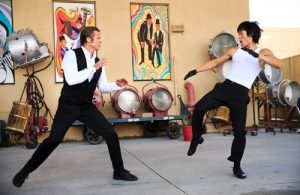 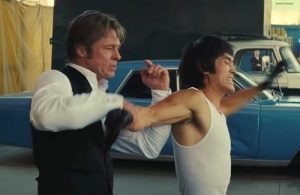