At the end of last year, Marvel was rumored to have begun to prepare for its Phase Four slate and intended to ride on Black Panther’s <黑豹> momentum to create the first Chinese superhero movie, Shang-Chi <上氣>. Although preparation for Shang-Chi has relatively been kept under wraps, foreign media recently leaked the news that Marvel is trying to scout superstar Donnie Yen (甄子丹) for an important role in the film.

Outsiders are assuming Marvel wants Donnie to play Shang-Chi’s father, Dr. Fu Manchu (傅滿洲). In the comics, he was introduced as China’s first villain – a multi-disciplinary scholar who encompasses all the scientific knowledge of ancient and modern China, as well as foreign countries. Fu Manchu is highly trained in martial arts and full of evil ambitions.

As for Shang-Chi, he debuted in Marvel comics in 1973. The character was born in Hunan and isolated from the rest of the world while he received his father’s rigorous special training to become a martial arts master. Shang-Chi discovered the father he always respected is actually very evil after he was assigned to carry out assassination missions. Thus, he decided to go against Fu Manchu and eventually joined the Secret Avengers.

Reportedly, Marvel Studio’s most popular choice to play Shang-Chi is Chinese-Canadian actor Ludi Lin (林路迪). His notable performances include playing Zack, the Black Ranger in the Power Rangers reboot, Murk in Aquaman, and Lance in Netflix’s Black Mirror. Ludi was born in Fuzhou, China, grew up in Australia, and later immigrated to Canada. Netizens generally have positive attitudes towards the possibility of Marvel casting Ludi as Shang-Chi, as the 31-year-old is good looking and muscular.

However, there are other potential candidates aside from Ludi. Some netizens prefer Mike Moh because he played Bruce Lee (李小龍) before, and Shang-Chi was originally based on Bruce. Another competitive candidate for the role is Singaporean actor Ross Butler, who appeared in Shazam! <沙贊！神力集結>. 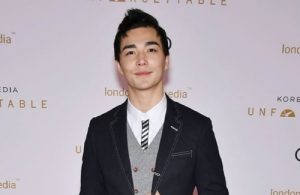 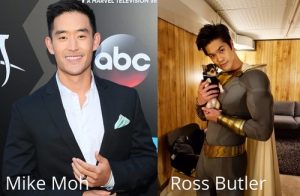