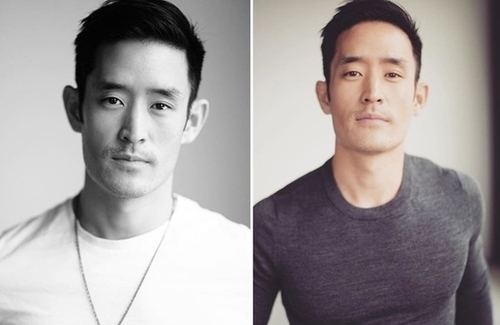 Hold your breath because the first ever superhero blockbuster featuring a Chinese protagonist is about to happen thanks to Marvel Studios. The upcoming Shang-Chi (上氣) film is reportedly Marvel’s plan for more diversity on the big screen following the success of Black Panther and Captain Marvel. Fans are already anticipating the casting of Shang-Chi, rolling names like Eddie Peng (彭于晏), Daniel Wu (吳彥祖), Steven Yuan, and Wu Jing (吳京) off their tongues. However, it seems like Marvel fans really want The Alien star Mike Moh to play the role of Shang-Chi, as does he.

Last December, Mike retweeted a fan’s post which said, “If Mike Moh plays Shang-Chi, master of kung-fu in the upcoming movie, I will be 100% on board.”

Mike’s retweet and prayer hands emoji suggests his appreciation for the support and the possibility of playing Shang-Chi. Recently, actor Patton Oswalt also nominated Mike to play the leading man in a tweet and tagged Marvel’s Twitter handle. The two’s actions set off a hot discussion, and fans are eagerly awaiting Marvel’s casting choices.

Shang-Chi was actually one of the original ten-movie line up Marvel had in store for 2005, but it was later eliminated along with Hawkeye <鷹眼> and Power Pack. However, Marvel President Kevin Feige eventually revived the project, and called on Dave Callaham, the co-writer of Wonder Woman 1984 <神力女超人1984>, to write the screenplay. Afterwards, Asian-American filmmaker Destin Daniel Cretton signed on board to direct the movie.

The kung fu master, Shang-Chi, made his comic book debut in 1973 following the popularity of Bruce Lee (李小龍). Created by Steve Englehart and Jim Starlin, the character is the son of Fu Manchu. Although Shang-Chi is like Black Widow, and does not possess any super powers, he has the ability to keep up with those who do. Because of this, his father portrayed him as a “living weapon,” but when he grew up, he rose up to fight against his immortal crimelord and sorcerer of a father. Proficient in traditional boxing, nunchaku, swordsmanship, and other martial arts, Shang-Chi ultimately joins the Secret Avengers. 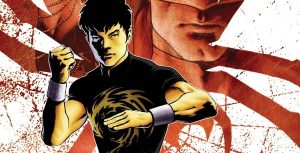