Hand-in-hand with her husband Emmanuel Straschnov, Fala smiled sweetly as they walked the red carpet together. She glammed up in a Giorgio Armani Privé iridescent magenta ball gown featuring a sweetheart neckline, while her husband looked smart and sleek in a white dress shirt and black suit.

Speaking with reporters, Fala could not contain her excitement as she expressed, “The premiere feels so magical. Everyone hasn’t been able to be together for a long time, so there is a huge sense of familiarity like going back home.” When asked about her character, the actress did not divulge any details besides that she plays Wenwu’s (Tony Leung Chiu Wai) wife and Shang-Chi’s (Simu Liu) strong but tender mother Jiang Li.

Also, a mother in real-life after giving birth to her daughter in February, Fala has been busy trying to balance work and family. She said, “Two years ago, I played the role of a mother alongside connecting with child actors for the first time in my entire career. Now, I have my own six-month old baby daughter, and really, on many levels, this film has changed my life.”

For a meaningful film that Fala holds dear to her heart, she is thrilled for everyone to see the final product. There has been so much effort and love poured into the making with both onscreen and behind-the-scenes crew working collectively to complete their roles. “We spent hours training very hard to perfectly display each character’s distinct style of fighting, so we hope everyone can look forward to the film in theaters.” 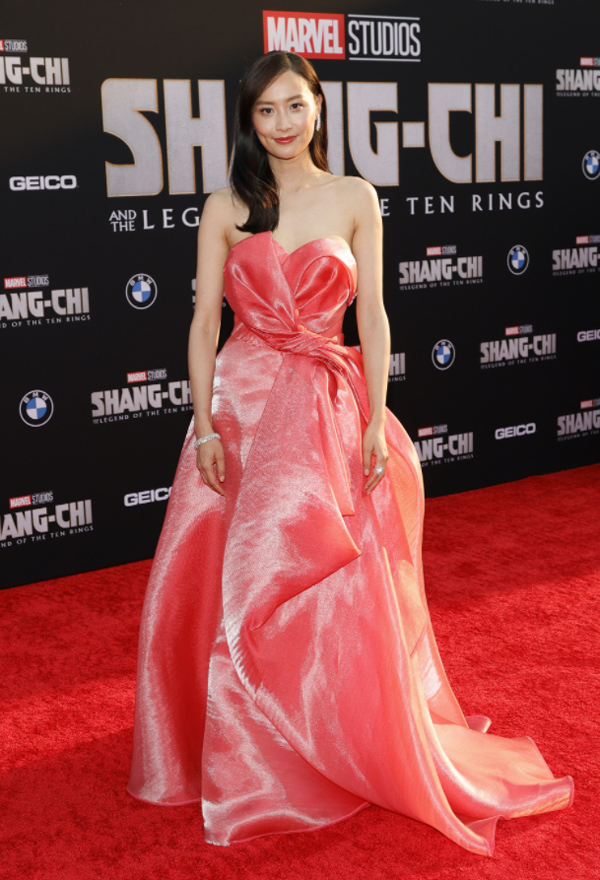