Netflix’s Money Heist: Korea – Joint Economic Area unveiled its first teaser on January 18. Fans of the Spanish original could not be more hyped to finally get a sneak peek into the new remake of the heist thriller.

Leading the team as The Professor, Ji Tae charismatically appears and reaches out to the six different masks hung upon the wall including the traditional Korean Tal mask and the iconic Salvador Dali mask as he masterminds the most ambitious heist the country is about to witness. The image then cuts to the police negotiation team leader (Kim Yoon Jin), who turns around ready to confront the intelligent thieves. The teaser soon ends with a series of flashes that present all of the notorious heist members.

In addition to the powerhouse cast, the production team also raises expectations for a high-quality remake with expected localized plot twists . The series is directed by Kim Hong Seon who worked on hit thriller series Voice (2017), and written by Ryu Yong Jae who led Liar Game (2014) and Psychopath Diary (2019). Both director and writer are recognized for bringing mystery thriller genres alive.

Money Heist: Korea is one of Netflix’s biggest upcoming releases in 2022. 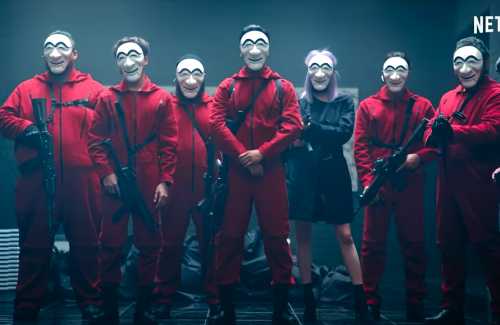