Into its final few episodes, superhero-themed drama I’ve Got the Power <超能使者> has got viewers hooked with its enjoyable storyline and compelling acting from the cast. As the plot thickens, netizens raised speculation that Ah-nin’s (Ruco Chan 陳展鵬) family members were figments of his imagination, and this was confirmed on a recent episode when it was revealed that Ah-nin’s delusions had worsened as he discontinued his medication midway. Receiving a spate of intimate photos showing his wife Shuk-man (Moon Lau 刘佩玥) cheating on him with Stanley (Arnold Kwok 郭子豪), he suffers an emotional outburst.

Netizens Praise Ruco’s Layered Performance
Among the cast performers, 45-year-old Ruco Chan, who had to convey Ah-nin’s struggles of straddling between reality and hallucinations, is receiving praise from netizens who remarked that the actor had successfully affected them with his character’s emotional displays. “Ruco acted well, especially in the scene where he stabbed his wife with a knife, the way he was furious yet teary-eyed, showing the hatred and pain he felt”, said one comment. 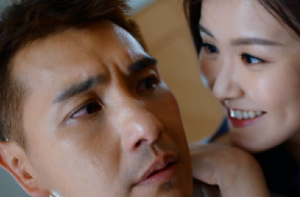 The actor expressed how he felt that he had to “break away” from the set for the first time in his acting career. “There were a few scenes where I had to walk away as I felt like I was claustrophobic, (and) so uncomfortable that I felt like puking,” Recalling the scene where he stabbed Moon’s character, he said “I had to break for an hour before I could return to continue filming, I’m so grateful to my colleagues for understanding. During this time it affected my life, as usually I’ve no problems wrapping up my emotions after work, but I couldn’t remove myself from the character, and couldn’t sleep for a few days after,” Sharing the most challenging part of the role, Ruco named having to adjust himself to film a comedic sequence after completing an emotionally distraught scene, which was why he felt that I’ve Got the Power is a production he has spent the most energies on in his entire acting career.

[Spoilers Ahead] Plot Piques Viewers’ Discussions
Keeping mom when asked about some netizens’ conjecture that his character Ah-nin would eventually turn bad due to his avarice, Ruco laughingly replied, “Anything is possible once a person gets to the edge, who knows Ah-nin might have a big transformation after experiencing the lowest of valleys!” 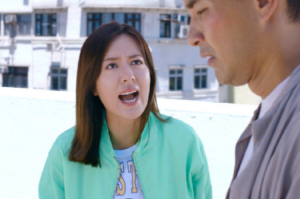 Another topic which piqued netizens’ interest was how Ah-nin and Kiu Yi both fell to their deaths, with Kiu using her last breath to save Ah-nin and awaken him from his state. Seeing how Kiu dies in order to save him, he thumps his fist into the ground in agitation, which accidentally evokes his new superpower and sends him teleporting back in time. There, he saves Kiu and leaves immediately, while netizens are left in avid discussions at the end of the episode, wondering if Ah-nin has come to realize his own visualizations and if he was cured at the moment they joined hands.

Praising modern-day viewers as sharp, Natalie did not give more of the upcoming plot twists away, but shared that she has developed a routine of waking at 12am, 2am and 4am to fill her pet cat’s bowl since her other cat would gobble up the feed otherwise, adding, “It’s not easy to be a (mom).”