Allegedly, Wenfeng may already have a new love interest in Liu Hiu Sing, the son of Chong Hing Bank’s Liu Lit Man. A representative from Stephen’s company said, “We will not respond to the personal lives of our artists.”

Compiled from the Sun and fun.hsw.cn

Jayne: Without Yu Wenfeng, Stephen’s company, Star Ovearseas, may not have reaped such positive financial gains. I hope the news of their break-up is not true… 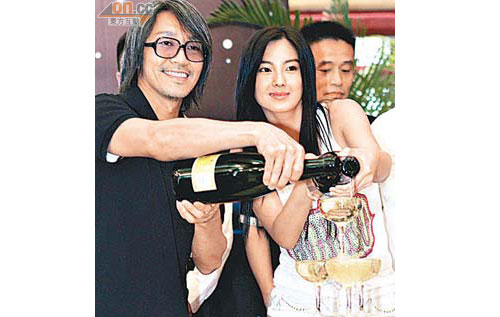 Stephen Chow Sing Chi is entangled in yet another contractual dispute with one his “Sing Girls,” Kitty Zhang Yu Qi.