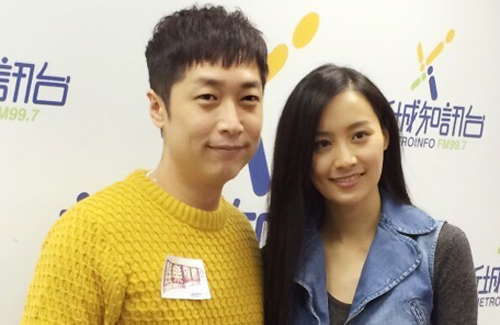 Although no longer managed by TVB, both Steven Ma (馬浚偉) and Fala Chen (陳法拉) remain supportive of their former colleagues. The two denied some of the recent accusations against the company’s popular artistes and personally vouched for their characters.

A former TVB production assistant has put together a tell-all book to expose some of the juicy secrets known only to those working behind-the-scenes. This immediately attracted both interest and a torrent of criticism, with many from the entertainment industry questioning the credibility behind the stories and calling the author shameless. The book, titled TVB’s Blood, Tears and Dirt <TVB血淚屎>, will be available in Hong Kong on April 14 and contains forwards written by past TVB artistes Wilson Tsui (艾威), Liu Kai Chi (廖啟智), and even one-time General Manager Stephen Chan (陳志雲).

A sample excerpt from the book discusses the author’s experiences while working on the set of martial arts series The Four <少年四大名捕> in 2007. The writer claims that while riding in a minivan to a filming location, Ron Ng (吳卓羲) was allegedly disgusted by the stink coming from his sweat-drenched stunt double and demanded the stuntman to leave the car. The book also chastised Raymond Lam (林峯) for his frequent use of profanity.

Steven and Fala defended Ron and Raymond while promoting their new music single on April 9. Steven pointed out that many male artistes use swear words and that it is not unreasonable to do so. He also showed support for Ron, saying that his rude behavior was likely just a joke. “I don’t believe he would kick someone out of the car. It was probably just a joke… I don’t think Ron Ng is that bad of a person; he just sometimes acts like a kid.”

He also believe that some of the author’s negative experiences can be commonly found in any workplace. “I understand that it is tough being a P.A. The workload is heavy, and there is no time to go home to sleep. However, employees may be scolded by their superiors in any type of organization.”

Fala agrees that the production crew suffers tremendous pressure, though feels that the book’s accounts are fueled strictly by the author’s personal perspective, explaining that the writer may not have a clear understanding of the situation since he only worked for TVB for a short time.