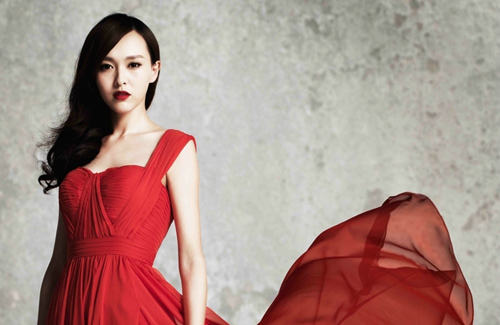 Mainland Chinese actress Tiffany Tang (唐嫣) responded for the first time about her highly publicized and unpleasant breakup with Taiwanese actor Roy Chiu (邱澤), and also shared her views on life as an actress and future wife. In her new drama Agent X < X女特工>, Tiffany steps away from her previous roles, where she often played sweet but spoiled young women, and takes on the part of a female secret service agent. To viewers, her stint as a female spy may be a drastic transformation, but to Tiffany, this new type of role presented a different challenge: because she did not have a real-life model on which to base her portrayal of a secret service agent, she needed to spend a lot of time studying her character and thinking about the onscreen delivery. The numerous action scenes were a challenge as well.

Nowhere in Tiffany’s career is this lack of privacy more evident than in her recent breakup with Roy Chiu, which came to light after a private photograph of the couple was posted online. With netizens buzzing over this scandal, Tiffany has been continually barraged with questions and skepticism about their relationship. When she was sent to the hospital on March 27 to receive stitches for a hand injury, rumors immediately shot off that she had attempted to harm herself, and even commit suicide, because of her breakup with Roy. Tiffany’s manager denied the claims, saying she had accidentally gashed herself while cutting fruit.

Tiffany’s disposition, however, appears to be improving. When asked if she was satisfied with her current situation, Tiffany responded that her “happiness is increasing, while worries are decreasing.” She also shared that her vision of an ideal love is one in which the couple “helps each other in times of need, and is honest with one another.” Despite her popularity in the entertainment industry, she does not consider herself as part of the “successful career woman” category and said she is “looking forward to life as a wife and a mother.”