After having several days off from work to celebrate Lunar New Year last week, many TVB artistes are back on the grind and battling sleepless nights.

In addition to accompanying girlfriend Jacqueline Wong (黃心穎) to pay respects to her family, Kenneth Ma (馬國明) has also been traveling all around Hong Kong. Kenneth shared that Jacqueline also visited his family over the holiday. However, the festivities have come to an end, and Kenneth recently returned to work to continue filming for The Exorcist’s Meter 2.0 <降魔的2.0>. As the drama’s main character, the 44-year-old actor filmed until 1:00 a.m. on his first day back at work! Kenneth lamented, “Actually, I didn’t even want to come to work today. I’m still in vacation mode.” 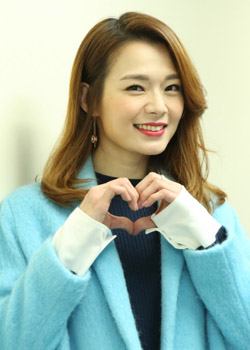 Koni Lui (呂慧儀) is also back in the studios for Come Home Love: Lo And Behold <愛·回家之開心速遞> after spending her three-day New Year break spent eating and sleeping. She joked, “I absorbed a lot [of fats]! I am back to working now, so working will help me shed the weight. During Lunar New Year, I mainly focused on cooking for my son and eating his leftovers, but it was still a happy time. Fortunately, I was able to catch up on some sleep for a few days. So returning to work today isn’t so bad!”

Joel Chan (陳山聰) returned to work to film for the upcoming TVB drama, Chinatown <唐人街>. Directed by Jazz Boon (文偉鴻), the drama also stars Ruco Chan (陳展鵬), Grace Wong (王君馨), Philip Ng (伍允龍), and Natalie Tong (唐詩詠). Joel expressed, “Spending the fourth day of the Lunar New Year like this is actually a happy thing. Returning to work and being able to pass out some red envelopes to my colleagues and wishing them a happy new year is quite delightful. The New Year is starting very well already. I hope that filming for this drama will progress smoothly.” On his first day back at work, Joel had to film for 12 hours, from 2:00 p.m. to 2:00 a.m.

Philip Ng, who was also on set to film for Chinatown, expressed that he had to avoid overeating during the New Year, as the drama required him to be in good physical shape. Philip shared, “I only got to watch people eat.”

Natalie is also happy to be returning back to work. “I ate too much this year. I need to hurry up and return to work!” Although the filming hours have been long, Natalie has a different way of looking at it. She explained that rather than focusing on how many hours she is filming each day, she instead calculates how many hours she can sleep each day. However, as a contracted TVB artiste, Natalie is used to the grueling work schedule.