TVB May Seek Legal Action Over Defamation of Its Artistes 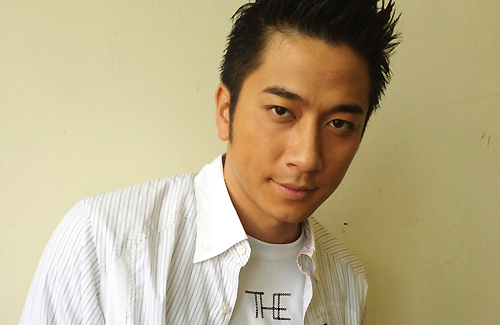 Things have gone awry for TVB in the last few days. A former production assistant (PA), who has worked for TVB for 7 months, announced that he will release a book on April 14 which will spill all the dark secrets that many TVB staff members and artistes had to endure under the company. The PA also mentioned a few popular TVB artistes and commented on their rude behavior to colleagues and lower staffs.

In a recent episode of Scoop <東張西望>, TVB interviewed Assistant General Manager Peter Au (區偉林) and producers Lee Tim Sing (李添勝) and Andy Chan (陳耀全) about their thoughts on the issue. The department also interviewed PA Lam Hang (林肯), who has been with TVB in the last four years, and asked him to clarify about the everyday jobs of a PA and their career prospects.

In addition, TVB is also looking at seeking legal action against Next Media, which published named Raymond Lam (林峯) and Ron Ng (吳卓羲) as the artistes who behaved atrociously towards their colleagues. After blacklisting Next Media in November 2013, the Hong Kong media company has released a series of defaming articles and journals about TVB and its artistes.

TVB recently sent out a memo to its artistes to give a warning about the media company, which stated:

“Everyone may have noticed that the recent magazines and newspapers under Next Media have been releasing a series of untrue reports about TVB, dragging unrelated incidents together, and making up stories based on unfounded claims. One of the reports pointed out that Elena Kong‘s (江美儀) lungs collapsed after filming a drama for three days nonstop and had to be hospitalized. During her rest she was said to be ‘forced by the production crew to resume work’. The truth was that a magazine reporter had phoned Elena and pretended to send regards, but afterwards what was reported was something entirely different, intentionally defaming the company and its staff and artistes.”

Now the Chief Executive Officer for Commercial Radio Hong Kong, former TVB General Manager Stephen Chan (陳志雲) wrote the prologue to the controversial new book. Stephen Chan denied helping the PA to defame TVB, explaining, “A CRHK DJ said his friend wanted to release a book, so I helped him write his prologue. We need to show more support for the creative works of young people. He has already sent an e-book version of it to me. I don’t know how much of it is real or fake, but there can be both in its contents.”

Wong Jing (王晶) called the PA “full of nonsense” and “shameless” for publishing his book, but Stephen Chan defended the PA and said everyone should treat the book as a creative effort. “You can also treat it as a young person just sharing his experiences. No need to bicker about qualifications.”