TVB Will Give Best Actor Award to Moses Chan? 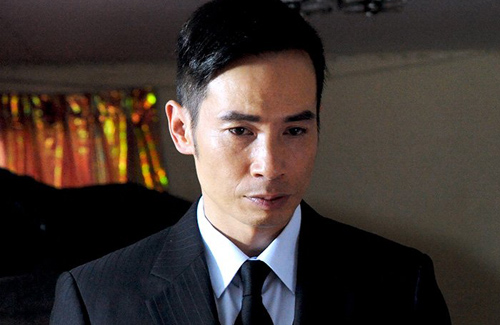 The 2013 TVB Anniversary Awards ceremony will be held on Monday, December 16. Dismissing last year’s one-person-per-vote system, the winners for the three main awards of the night (Best Actor, Best Actress, Best Drama) will be decided by a panel of professional judges. Allegedly, this is one of TVB’s tactics to name Moses Chan (陳豪) as this year’s TV King for his performance in the currently broadcast Will Power <法外風雲>. Since his contract is deemed to expire in the beginning of next year, TVB highly hopes to keep Moses at the company.

Without the public’s ability to choose the Best Actor, popular contenders such as Francis Ng (吳鎮宇), Chilam Cheung (張智霖), and Wayne Lai (黎耀祥), will likely not have a chance. According to reports, TVB will give the award to Moses in exchange for the renewal of his contract. Not wanting to lose yet another siu sang, TVB General Manager, Mark Lee (李寶安), had offered Moses this condition to get him to stay.

TVB management executive, Virginia Lok (樂易玲), confirmed having discussed with Moses about his contract renewal. “Renewing the contract shouldn’t be a problem. Things are well underway at the moment,” Ms. Lok announced. However, according to an insider, Moses took the contract home a long time ago but made no further moves. When asked about the contract, he gave a ton of excuses, saying he was not in Hong Kong or was busy with work. On the other hand, some tabloids reported Moses may have intentions of working with other broadcasting companies.

Unsure of Moses’ future plan, TVB is allegedly in a panic and rage. The insider noted, “Mr. Lee expressed if Moses does end up leaving TVB even after taking home this year’s Best Actor award, they will never collaborate with him again!” When Ms. Lok was reached for comments regarding Moses’ contract renewal in exchange for the award, she expressed, “No, we had the discussion [about the contract] a long time ago. It wasn’t recent!”

In addition, it was reported that Tavia Yeung (楊枱), Ron Ng (吳卓羲), and Raymond Lam (林峯), will not be receiving any main awards of the night since they allegedly have plans to leave TVB and pursue their careers elsewhere.

3 comments to TVB Will Give Best Actor Award to Moses Chan?