TVB Staff Are Still Working Overtime Despite Call for Reform 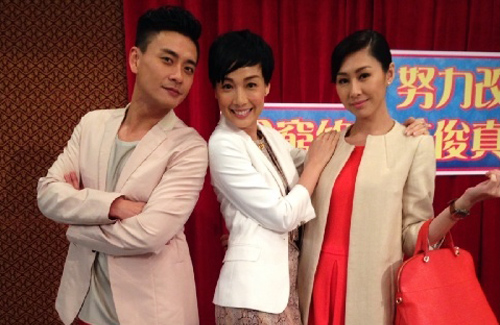 More than a week ago, TVB Executive Chairman Norman Leung (梁乃鵬) announced that TVB will be cultivating a strong “family culture”, by capping filming hours so artists can have sufficient rest. However, some workers revealed that not only are they still working overtime, there are still some artists who are still surviving on three hours of sleep.

Although the initiative has been implemented for more than ten days, it is only practiced in theory.  Currently, TVB is simultaneously filming five dramas at the same time. A look at the notice for Come Home Love <愛．回家> indicated a filming of thirteen hours.

Nancy Wu (胡定欣) who is currently busy filming for Midas <點金勝手> said, “Every series has different working conditions. If the filming goes according to the filming schedule, I will surely have seven hours of rest. I believe if there are new rules, the people in the company will comply.”

Wayne Lai (黎耀祥) who is presently filming for  Time for Marriage <男大當婚> said filming did not go into overtime as filming went smoothly.

Roger Kwok (郭晉安) and Kristal Tin (田蕊妮) who are currently filming The Good and The Bad <忠奸人> claimed that although there are occasions when they have insufficient rest, the overall hours have normalized and the schedule is acceptable.

TVB Deputy Director of External Affairs, Tsang Sing Ming (曾醒明), responded to claims that TVB work hours have not improved. Tsang said, “Because adjustments need to be done for some schedules and personnel, it takes time to arrange. Moreover, the working method has been used for so long so we need to implement (the new system) one step at a time.”