“Will Power” Criticized For Plot Blunders 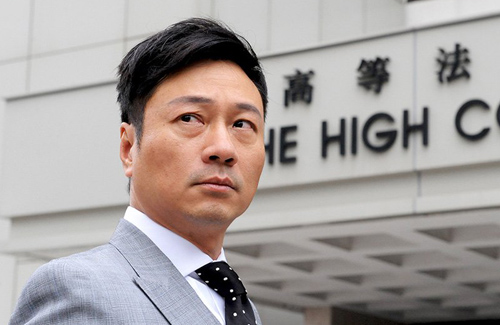 TVB’s anniversary series Will Power <法外風雲> premiered on October 14 to mostly mixed reviews. The legal drama, supposedly a vehicle to include Wayne Lai (黎耀祥) and Moses Chan (陳豪) in this year’s highly anticipated TV King battle, focuses heavily on their story line as rival lawyers. While the cast delivered convincing performances, viewers were quick to point out some of the inconsistencies and mistakes littered throughout the pilot episode.

Frequently criticized for their lazy production and set mistakes, TVB has promised to eliminate these errors in future series though viewers have yet to see results. Most recently, police drama Sniper Standoff <神槍狙擊> was criticized for its unrealistic action scenes while Brother’s Keeper <巨輪> was shamed for its recycled plot and anachronistic props.

Despite being an anniversary series, Will Power also became victim to sloppy research and fell short of viewers’ expectations. In an episode, Moses submitted a photo of Wayne to the court to prove a point. The photo was apparently taken inside the courthouse, an act prohibited by Hong Kong law. As another example of TVB’s lack of attention to details, judge Christine Ng (伍詠薇) claimed that she was appointed by the Department of Justice when her post is actually assigned by the Judiciary of Hong Kong.

For a legal drama, Will Power is making quite a few inexcusable mistakes.

95 comments to “Will Power” Criticized For Plot Blunders