After it was announced that Yu Zheng (于正) would be adapting wuxia novel Return of the Condor Heroes <神鵰俠侶> into a television drama, netizens erupted into discussion over what changes he would make to the storyline and characters and – more importantly – who he would cast as the female lead, Little Dragon Girl. Yu Zheng recently confirmed that Taiwanese actress Michelle Chen (陳妍希) would be taking on the role.

Although many netizens feel that Michelle has too much baby fat to portray Little Dragon Girl, who is one of the most beautiful females in Jin Yong’s (金庸) novels, Yu Zheng guaranteed that viewers would be convinced after seeing her in costume. Moreover, he revealed that Michelle had already slimmed down to 100 pounds.

“She is very celestial and beautiful, and she looks exactly like the Little Dragon Girl in [Taiwanese artist] Chen Shufen (陳淑芬)’s drawings,” Yu Zheng gushed. He added that Michelle’s portrayal of the character was sure to be one-of-a-kind.

Joining Michelle as Little Dragon Girl and Chen Xiao (陳曉) as Yang Guo are a slew of good-looking actors that include Yan Kuan (嚴寬) as Wang Chongyang, the lover and rival of Lin Chaoying; Sean Chen (陳翔) as Lu Zhanyuan, the ex-lover of villain Li Mochou; Li Chen (李晨) as Yang Kang, the father of Yang Guo; and Jiro Wang (汪東城) as Kublai Khan, the Mongol commander who becomes the first emperor of the Yuan Dynasty. Lu Yi (陸毅) will also be joining the cast, though his role has not yet been revealed. On the female side, Viann Zhang (張馨予) will be portraying Li Mochou, with Zhao Liying (趙麗穎) as Mu Nianci, Yang Guo’s mother.

Changes to Characters and Love Stories

As expected of an Yu Zheng production, some of the characters will be undergoing changes. For example, Little Dragon Girl would be a very attractive female teacher who also has a silly and cute side to her. Zhen Zhibing, a Daoist priest who has a crush on and later rapes Little Dragon Girl, will become more adorable, and Huang Rong will be as cute as she was in the prequel, Legend of the Condor Heroes. Li Mochou will have a more important role in the drama, and could be considered the second female lead.

Yu Zheng’s signature element of sadomasochistic love will naturally still find a place in Return of the Condor Heroes. Apart from the famous love story between Yang Guo and Little Dragon Girl, there will also be flashbacks to romantic turmoil between Wang Chongyang and Lin Chaoying, Li Mochou and Lu Zhanyuan, and Yang Kang and Mu Nianci.

To the surprise of many, Yu Zheng also plans to mention another master-disciple relationship: Huang Yaoshi (Huang Rong’s father) and Mei Chaofeng (the disciple who died saving him in the prequel). “In Teacher Jin Yong’s revised version of Legend of the Condor Heroes, there is a part called ‘Gone Beyond Recall,’ which talks about this love,” said Yu Zheng. “In the drama, Huang Yaoshi will tell Yang Guo of what he personally went through. Because he thinks that it would be a pity for someone to miss a chance at love, Yang Guo becomes even more resolute in his love for Little Dragon Girl.”

Yu Zheng also revealed that he would be emphasizing the comedic and magical elements in Return of the Condor Heroes, adding that the spending for the drama’s magical effects surpassed 100 million RMB. “Many of today’s fantasy dramas are too unsophisticated,” he said. “They look like video games. I want to change this phenomenon.”

In order to improve the choreography, Yu Zheng invited the martial arts director of Bodyguards and Assassins <十月圍城> to design action scenes that stood out but were also realistic. He also invited a team from Hollywood to create the settings, hoping to embody the scenes from the original source. As for the giant condor that Yang Guo befriends, Yu Zheng shared that the bird will not a puppet, as was the case in previous adaptations, but will instead be computer-drawn. 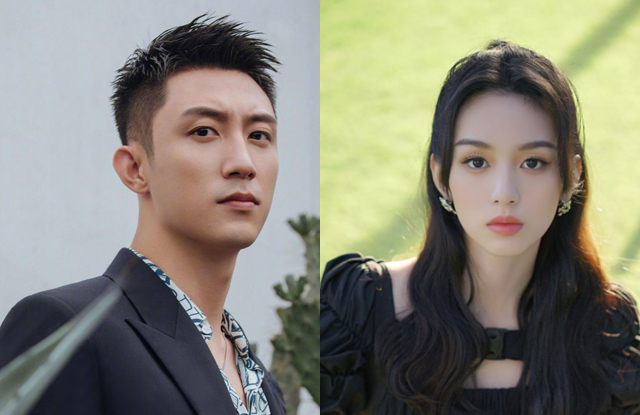