Vicki Zhao on Her Directorial Debut: “It’s a Fantastic Movie!” 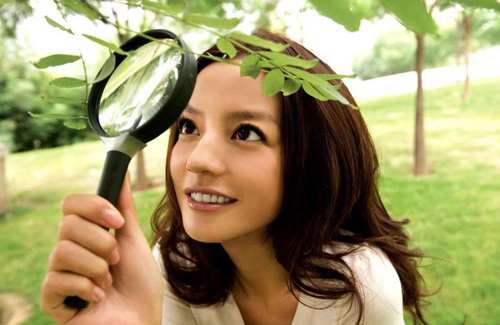 Vicki Zhao’s (赵薇) directorial film debut, So Young <致我们终将逝去的青春> is completing its final post-production details before its April release date. Vicki invited good friend Faye Wong (王菲) to sing the theme song of the movie. Though the music arrangement has not been finalized, Vicki said that Faye is on call anytime to help her.

Yesterday was Vicki’s 37th birthday and in celebration, she organized a press conference/ alumni party, bringing forth her 11-member cast from So Young for their first joint public appearance. For her first directorial project, Vicki chose to work with a group of young artists. What the young artists lacked in experience, they made up for in their authenticity and enthusiasm.

Vicki said, “They’re very green and new; sometimes they even lack common sense. But I like working with them because they’re down-to-earth and real.” Vicki praised the young artists for their reception towards criticisms and advice which had made it easier to direct them.

Not just for the Young Vicki is confident her movie will be well-received and the young cast will become bigger stars afterward. “It’s not that I am bragging about my own work, but this is really a good movie! The theme is good. The script is good. It’s really a fantastic movie!”

Though the title suggests a movie about youths, art house screenwriter Li Qiang (李樯) included realistic and insightful observations of society. Vicki added, “It is not only targeted at the youths of today, but also the youths of the 70s and 80s. Afterall, everyone has been young before. I hope this film will evoke those memories.”

The scenes in the dormitories evoked singer-actor Han Geng’s (韩庚) own memories of university dormitory life. Han Geng recalled fondly, “Our dormitories were much dirtier. They were constantly littered with our dirty clothing. We even flung them onto the ceilings and they would stick!” He added, “I hope when viewers see the movie, they will not see me as Han Geng the actor and singer.”

Though Han Geng has worked with actor/director Sammo Hung (洪金寶), he found both directors to have different flairs. Han Geng said, “Vicki ‘s movie is very profound whereas Sammo wants his actors to be hardy. As a result, I took away different lessons from the directors.”

Twenty-nine-year-old Mark Chao (赵又廷) initially had trouble understanding the role he had to play. He said, “My background is very different from my character. Hence I could not bring memories of my youth into the role. The character is an arrogant loner, and I had to try my best to bring that out.” Mark said of Vicki as a director, “Her charms come across even as a director. She is fun to work with too!”

Vicki Zhao’s directorial debut is said to be one of the most anticipated films among insiders in the industry. So Young will open in cinemas on April 26, 2013 in mainland China.

3 comments to Vicki Zhao on Her Directorial Debut: “It’s a Fantastic Movie!”