Although it was common knowledge that 2012 Miss Chinese International winner Kelly Cheung (張曦雯) was in a relationship with a non-celebrity, it wasn’t until last month, around her 30th birthday, when she went public with her boyfriend of two years, Mark Bunjes. 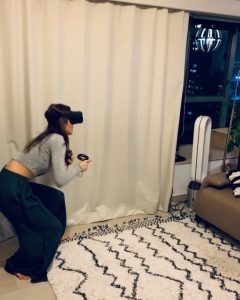 36-year-old Mark is half Japanese and met Kelly approximately eight years ago. Prior to moving to Hong Kong to stay with Kelly, Mark was the vice president of an American investment company. He recently started his own environment-friendly product business in Hong Kong.

Currently living together in North Point, Kelly has praised Mark as a “super person” during a recent interview, calling him romantic and attentive. Instead of showering his girlfriend with expensive luxuries on her 30th birthday, Mark gave Kelly an Oculus Rift, a VR set designed for virtual reality gaming. Kelly is a huge fan of video games, and at one point even streamed on Twitch.

“My first birthday present this year… He really knows the way into a gamer girl’s heart,” said Kelly on Instagram. 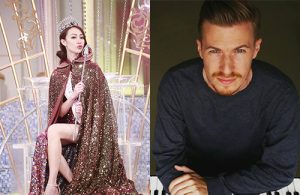 Kelly is far from being the only beauty queen with an impressive other half. 2019 Miss Hong Kong winner Carmaney Wong broke the “MHK breakup curse” and is still dating her Swiss boyfriend, Matej Tomic, one year after winning the crown. Appearing at her birthday party last year, netizens have praised Matej for his looks, saying that he resembles David Beckham.

According to sources, Carmaney met Matej in 2018 while she was visiting friends in Germany. While they were able to maintain their long distance relationship for some time, Matej eventually decided to move to Hong Kong to be with his girlfriend. He is currently working as a market planner. 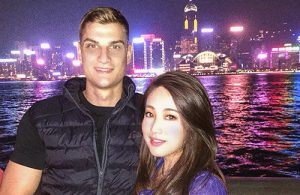 The 27-year-old has a wealthy background and debuted as a child actress, but it wasn’t until the travel show Fun Abroad <3日2夜> when she started to gain a following. She’s currently dating 25-year-old Ivan Maric from Serbia, who is currently a professional footballer in the Hong Kong First Division League.

Many find Ivan to resemble Hollywood actor Chris Pratt, most famous for his playing Star Lord in Marvel’s Guardians of the Galaxy. Mandy has described Ivan as “warm and caring”, sharing a time when Ivan took great care of her when she was intoxicated. “I threw up in the streets, and helped me clean up and change my clothes,” she said. 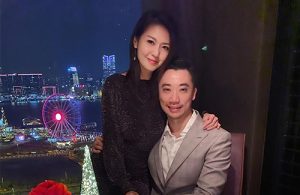 2010 Miss Hong Kong winner Toby Chan has been dating Choi Fung Hong’s creator, Benny Yeung (楊振源), for nearly two years. Benny is a huge fan of Toby, and would always make himself available to support her whenever Toby has to make public appearances. To lessen Toby’s stress load, Benny would make driving arrangements for Toby after she gets off work. 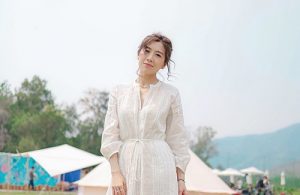 Mandy has been in a low-key relationship with jewelry company executive Anthony Chim (詹天文) for the last eight years. Currently living together, they see each other as marriage partners. Mandy has said that she is ready to get married “at any time.” 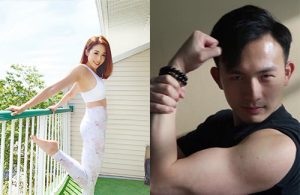 The 2014 Miss Hong Kong winner was revealed to be dating after paparazzi spotted her out with actor Oman Lam (林浩文). Prior to debuting as an actor, Oman was a back-up dancer for Aaron Kwok (郭富城), Eason Chan (陳奕迅), and Coco Lee (李玟). He most recently invested a six figure sum in his own business, called Party Room.