Alan Mak On Why “Integrity” is a Planned Trilogy 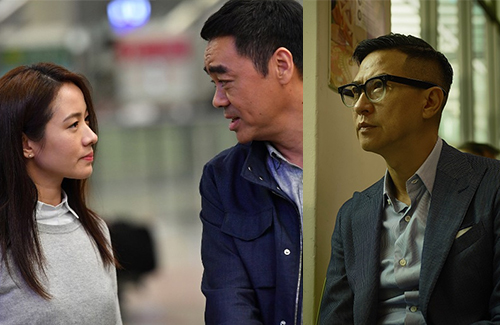 The following article contains spoilers for the film Integrity, which was released on February 5, 2019.

The Hong Kong crime film Integrity <廉政風雲 煙幕> started off the new year as a big blockbuster hit, and director Alan Mak (麥兆輝) is happy to know that his planned trilogy is finally coming into fruition.

The film about ICAC investigators was released on February 5, Lunar New Year. It stars Sean Lau (劉青雲) as an ICAC investigator probing into a case involving the selling of smuggled cigarettes. Nick Cheung (張家輝) stars as the case’s prime witness.

Integrity is the first film of a planned trilogy, and while the sequel is still in its early scriptwriting stages, filming could start as early as the end of the year.

Although the film is backed by EEG, a major film producer and distributor, the company did give Alan Mak a lot of creative freedom and support. The one major disagreement that Mak had with the film’s executive producer Albert Yeung (楊受成) was on how to title the movie, and Mak’s way of convincing Yeung to include his title was to make the film a trilogy.

“Mr. Yeung really liked the name ‘Storm of Integrity’ <廉政風雲> (literal Chinese title), and I can understand why. It’s an easier name to market. You’ll immediately know what the film would be about. But I really wanted the name to be ‘Smoke Screen’ <煙幕>. To convince him to use that name, I suggested ‘Storm of Integrity’ to be the main title, while ‘Smokescreen’ can be the subtitle. Let’s then make it a traditional trilogy—the first one can be called ‘Smoke Screen’ (meaning ‘cover up’), the second one ‘Black Screen’ <黑慕> (meaning ‘dark secrets’), and the last one ‘Inside Screen’ <內幕> (meaning ‘inside story’).” 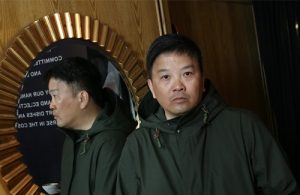 Director Mak has already done research on the stories he wanted to tell for the remaining two sequels. He shared, “Integrity 2 will be about a topic that is similar to what was covered in Overheard 3 <竊聽風雲3>. The story will continue to take place in Hong Kong, with the same production budget as the first film, about HK$100 million.” Asking if the original cast will return for the sequel, he said, “I’ll try my best to bring them back, but that’ll be a challenge.”

Asking Nick Cheung, who died in the first film, will be revived for the sequel, Mak said, “Although I’ve already planned out how I wanted the two sequels to play out, I have no intentions of bringing back characters that are meant to be dead. Nick Cheung’s character is indeed dead. I don’t like the idea of giving him a twin character just for the sake of having Nick Cheung back.”

There are still many details left to be fine-tuned for the sequels, and Director Mak intends the sequels to be related to the first film. There is also a possibility that future stories, while set in the same universe, will be about different characters. However, he added, “There are still certain characters in the first film who I believe have more stories to tell.”