Alan Tam’s (譚詠麟) only son, Tam Hiu Fung (譚曉風), will be going to the University of Oxford soon, as reported by various Hong Kong magazines. The 18-year-old recently achieved twelve A’s on the General Certificate of Secondary Education (GCSE), an academic qualification test for prospective university students in the United Kingdom.

Hiu Fung is the son of Alan’s mistress, Wendy Chu (朱詠婷), who met Alan at the singer’s fanclub event in 1995. Alan and Wendy’s love blossomed, and Wendy gave birth to Hiu Fung in 1996. Though married to Sally Yeung (楊潔薇), his wife of over thirty years, Alan admitted Wendy as his mistress and was often seen out and about with Wendy in public. On several occasions, Alan was seen introducing Wendy and Hiu Fung to his friends and colleagues during company parties and other industry events.

Alan and Sally secretly registered for marriage in Las Vegas in 1981, and publicly acknowledged their marriage after the death of Sally’s father in 1993. Childless for many years, it has been said that Sally did not attempt to stop Alan from courting Wendy, who was twenty years his junior and was capable of bearing Alan a child.

A tabloid magazine reported that Alan gave Sally the rights to hold his assets of $200 million HKD. However, with Hiu Fung’s recent academic achievements, Alan also gifted Wendy with three properties in Happy Valley, as well as a million-dollar luxury home in the United Kingdom. Tabloids describe Wendy’s recent wealth and favoritism from Alan as a “threat” to Sally. 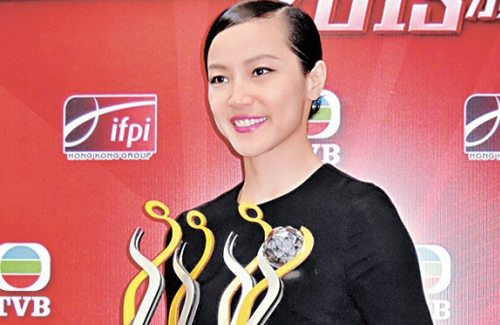