In January this year, Crash Landing On You stars Hyun Bin and Son Ye Jin admitted their romance. Dating secretly for eight months, the couple is speculated to be inching closer to marriage with a wedding to take place this year. 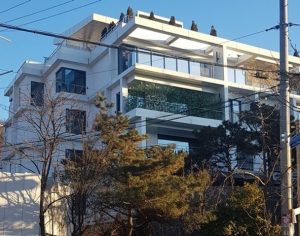 Moving into his new $4 million-dollar penthouse recently, the 38-year-old actor is said to be preparing his 2600-foot home for use after marriage. Located in Guri, an area preferred by celebrities due to its vicinity to Seoul, Hyun Bin’s penthouse is located in the top floor of the exclusive villa.

Aside from Hyun Bin’s new relocation, the marriage rumors were also spurred by the couple’s signs of being in a serious relationship, especially the actor’s very public affectionate gestures.

Last week at the 2020 APAN Star Awards, Hyun Bin publicly thanked Son Ye Jin in his acceptance speech when he won the grand prize award for his role in Crashing Landing On You. His eyes were shining brightly as he said, “Because of Crash Landing On You, I received a lot of love. I want to thank my fans from Korea and across the globe–thank you for liking and watching Crash Landing On You.”

After acknowledging the director and scriptwriter, Hyun Bin continued, “I’m very thankful to Son Ye Jin–it was because she portrayed the character so well that Jung Hyuk’s handsomeness could be brought out. I want to use this opportunity to truly thank her. I will continue to work hard and do my best!”