The stars realized they missed each other after ending filming for Crash Landing On You.

The sparks are real! Crash Landing On You stars Hyun Bin and Son Ye Jun confirmed that they have been together for eight months after Korean entertainment website, Dispatch, which has a tradition of unveiling a celebrity couple on New Year’s Day every year, published dating photos of the stars.

Started Dating After “Crash Landing On You” Aired

The rumors started swirling since the two worked together on 2018 film The Negotiation <協商>, and had lasted for two years. In January 2019, they were spotted shopping at a Los Angeles supermarket, but both stars denied the dating rumors, claiming they met up only as both happened to be in the United States. In December 2019, Crash Landing On You started airing and rumors of the onscreen couple secretly dating in real life resurfaced not long after, with talk that they had secretly held hands on set.

A friend of actor Hyun Bin revealed that the couple started dating in March 2020, after Crash Landing On You had aired. The two leads had been so engrossed in their onscreen roles that they were not certain if the feelings for each other were real or merely part of the performance. Hyun Bin’s friend shared, “Both realized they really missed each other only after filming ended.”

After the drama ended its broadcast, the cast of Crash Landing On You had held numerous gatherings, during which the pair further confirmed their mutual feelings. Both passionate about golfing, they met up at golf courses and Hyun Bin would personally coached Son Ye Jun. Dispatch even published photos of Son Ye Jun together in a car driven by Hyun Bin as the couple made their way to the golf course.

Despite being busy with their hectic filming schedules, with Son Ye Jun preparing for Hollywood movie Cross last year and Hyun Bin working in Jordan on his new film Bargaining in July, the two made time to maintain their new romance. The insider added, “Precisely because of their busy schedules and being unable to meet, they are all the more reluctant to part. They are both not young, and are (starting to) date seriously.” 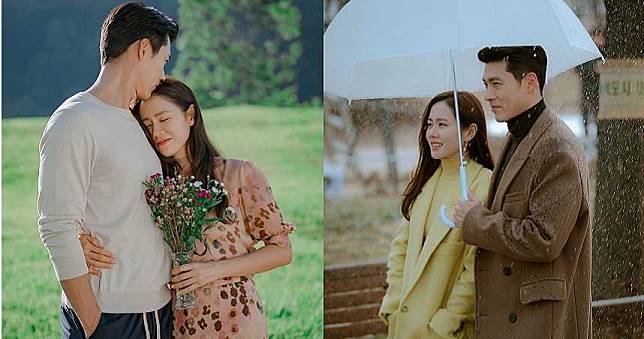 Three hours after the news broke, both celebrities’ respective studios confirmed that the stars had developed good feelings for each other on set, after which they went on to become a real-life couple.

Son Ye Jun personally acknowledged the news, revealing that it was the first time she was talking about matters outside of work, which made her rather shy and embarrassed. The 38-year-old star, who is a few months older than Hyun Bin, wrote sweetly, “I’m thankful for being able to meet such a good man. I will work hard to make myself even better,” and added that she would cherish everyone’s support and kind wishes.

Crash Landing On You fans are ecstatic about the stars officially becoming an item. Reviewing classic scenes in the hit drama, they complimented the couple on being highly compatible and hoped that their romance can advance to marriage soon.