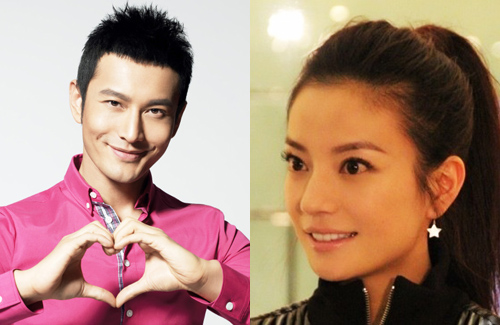 Sichuan Ya’an Lushan County was struck with an earthquake with a magnitude of 7.0 in the morning of April 20, 2013. The death toll has reached 179 people, with more than 6,700 people injured. With their homes destroyed by the minute-long earthquake, many spent the night in makeshift shelters. Artists from mainland China, Hong Kong, and Taiwan expressed their prayers for the victims on their Weibo profiles and donated money to disaster relief organizations.

Huang Xiaoming (黃曉明), who has many fans in Sichuan province wrote, “Very worried after learning the news of the Ya’an earthquake early this morning. I have a lot of friends in Sichuan. Are you all well? If you are all safe, do tell us, so that we are all assured. I remember after the earthquake on May 12, 2008, I went to Ya’an and adopted a pair of twin pandas. I named them Ping Ping and An An. Putting a thousand words into one sentence, I hope everyone is safe.”

Updating his Weibo frequently, Huang Xiaoming later said that he will donate funds towards the disaster relief efforts. “Right now, the earthquake region is most in need of help. I will donate 200,000 RMB! If there is a requirement for more later, I will add money. Which charitable relief organization can tell me how to turn this amount of money into relief supplies and have them sent to those in need in the quickest manner? Urgent!!!” At 4 PM in the afternoon, Huang Xiaoming once again updated his Weibo and announced that he will further donate 100,000 RMB.

Li Bingbing (李冰冰) joined in the disaster relief donations and offered to donate 200,000 RMB. She said, “Looking at the photos of the earthquake scene made me feel sad and anxious! I will first donate 200,000 RMB, and hopefully through [Jet Li’s 李連杰] One Foundation, it can help the victims in Ya’an. God bless Ya’an. Praying for those in the disaster! I hope we can do more!”