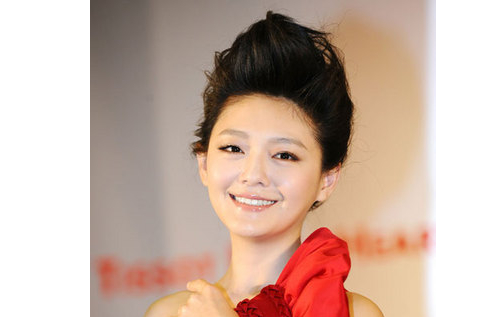 Since Barbie Xu’s flash wedding to Wang Xiao Fei in November, the public has been eager to find out the date of their wedding banquet. According to a reliable source that spoke with Taiwan ’s China Times, Barbie will be holding a wedding banquet in Hainan Island on March 22nd. Many friends have confirmed their attendance. However, a good friend of the Wang family disclosed that the official wedding banquet will take place in Beijing instead and the possible date may be January 29th.  The date may have been decided so that Xiao Fei and Barbie can complete their wedding celebrations before the Lunar New Year holiday.

Reporters contacted Barbie’s family to confirm the wedding banquet date. Barbie’s mother, Mrs. Xu, said, “We are still in the planning stages and the date has not been finalized.” Barbie’s grandmother said, “Go ask them!” Barbie’s aunt said, “When Barbie came back to Taiwan last time, she said that they were still deciding on the location. Will it take place in Sanya, Hainan Island ? It’s possible!”

Asked whether Barbie will be spending Lunar New Year with her in-laws in Beijing , Mrs. Xu said, “She has not sent a message yet. It will depend on her schedule. If she can not come back to Taiwan , we will go to Beijing . It’s inconvenient for Xiao Fei to come to Taiwan due to paperwork requirements.”

Mrs. Xu was considerate of Barbie and her son-in-law. “I stopped seeing myself as the mother-in-law. I am treating Xiao Fei as if he were my own son. Since my health is still good, I can go visit them.” Mrs. Xu said that Barbie would like to get pregnant, but said that shewas not yet with child. Jayne: I hope we get a glimpse of Barbie Xu’s wedding banquet when it takes place. I do believe that it will take place before the Lunar New Year, as according to Chinese tradition, it’s probably best to have the wedding celebrations prior to the New Year festivities, rather than to drag the marriage affair from one year into another.

3 comments to Barbie Xu to Hold Wedding Banquet in January