Barbie Xu to Marry in February 2011; Fiance Proposed After Dating for 20 Days

By jayne on November 1, 2010 in Celebrity Weddings, Hook-ups & Break-ups, NEWS 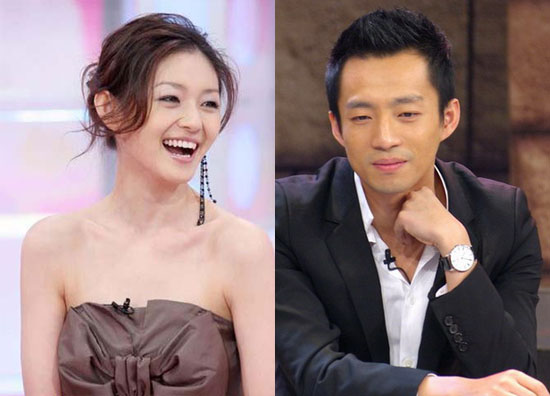 Barbie Xu’s recent engagement to Wang Xiao Fei took the paparazzi by storm. After a whirlwind twenty-day relationship and only four dates, the couple decided to get engaged! Barbie’s father confirmed that the wedding day will be held on February 28, 2011.

On October 28th, Barbie and her mother, Mrs. Xu, were spotted in Shanghai meeting with Xiao Fei’s family in discussion of the upcoming wedding plans. On October 29th, Barbie and Xiao Fei appeared at the Shanghai airport together, holding hands. Both Barbie and Xiao Fei admitted the upcoming wedding in their blogs by Friday noon-time. Xiao Fei wrote, “Everybody does not need to guess anymore. We are engaged! We are very calm and it is not a sudden decision. We met the right person at the right time. We want a happy and comfortable life. I would like to continue my work and she would like to return to a quiet home.” Xiao Fei’s words hinted that Barbie may retire from the entertainment industry after marriage.

Barbie wrote on her blog, “We are not too young [to get married]. The important thing is that we are happy and sure. We are very happy! We will continue to be so fortunate! When I saw Xiao Fei for the first time, I knew he was the one. On our fourth date, we got engaged. I have to say it: we are a match made in heaven! Thank you everyone for your concern. I will remember everyone’s blessings!”

Wang Xiao Fei is the son of Zhang Lan, a successful entrepreneur in China who founded Southern Beauty, a chain of restaurants featuring Sichuan cuisine. In an interview with Ms. Zhang, she confirmed that Barbie and Xiao Fei will be getting married next Spring. Their wedding banquet will be an extravagant affair. She hoped that the couple will have twelve children after marriage!

Ms. Zhang continued, “If the young people want to get married, I will respect their decision. I will invite many of my own friends, political and business contacts of course to the wedding. But I will let the young people plan the wedding they want. I will be here to assist them. I would love the wedding to be held near the sea, where lifelong vows can be exchanged!” Ms. Zhang said that she trusted her son, Xiao Fei’s judgment and choice.” He has his own ideas and expertise. For example, he was involved in his own real estate and hotel projects, which were not directly related to Southern Beauty.” Jayne: Congratulations to Barbie Xu! What a whirlwind romance! Wang Xiao Fei’s mother, Zhang Lan, sounds like a very open-minded mother-in-law. Ms. Zhang is one of the most successful female entrepreneurs in China now, whose restaurant chain encompasses over twenty restaurants across China .

15 comments to Barbie Xu to Marry in February 2011; Fiance Proposed After Dating for 20 Days