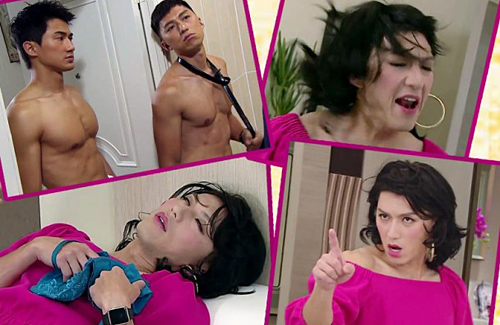 As Benjamin is trainee lawyer who works with Mandy, he discovers that she suffers from multiple personality disorder. Under her “Pina Colada” personality, Mandy even has a fling with Arnold Kwok (郭子豪). Promising to keep Mandy’s personality disorder a secret, Benjamin even pretends to have a crush on Arnold.

In another scene, Benjamin and Mandy return home only to find an impending confrontation between Jason Chan (陳智燊) and Arnold Kwok. Quickly taking off his shirt, Benjamin adds to Jason’s confusion as he pretends to be lovers with Arnold while borrowing the use of Mandy’s home.