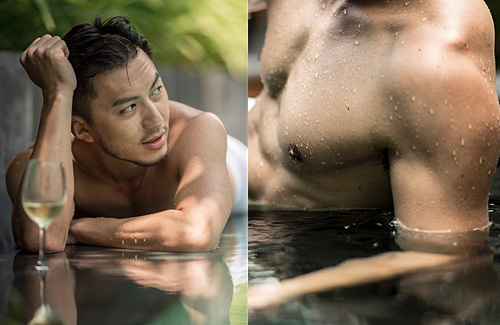 Former Mr. Hong Kong, Benjamin Yuen (袁偉豪), will be releasing his first photo book in commemoration of his 20th year in the entertainment industry. The 37-year-old actor wears only white swimming briefs in some photos, showing off his perfect body. The proceeds from the sale of the book will be donated to charity.

Having thought about the idea over a decade ago, Benjamin disclosed the reason behind postponing it until now. He said, “I thought of the idea 10 years ago, but there was a lot of pressure back then. Being older and more experienced, the timing, place, and people were available to help make this happen. This was an act of fate.”

Stating that his pictorial will not only showcase his physique, Ben added, “This photo book is a long snapshot of what I’ve done in the past two to three years. It has some shots of [my girlfriend] Bowie Cheung (張寶兒) as well. She’s not actually facing the camera in any of them, but she’s in the wideshot background.”

With the sheer number of pictorials featuring sexy models released this summer, Ben said what sets his book apart is his fully nude shot. Supportive of this idea, Ben explained the message he wants to convey through this nude shot. Benjamin wants to capture the idea that all babies arrive into the world without clothes, and everyone eventually leaves this world without them either.

Ben shared an awkward incident on the beach where the nude photos were taken. Wearing nothing but a towel on the beach, Ben suddenly saw someone taking a selfie and had to frantically cover himself to make sure he did not expose anything to the other person – who was completely unaware that Ben was in the background.

When asked about her thoughts on Ben releasing the pictorial, Bowie was highly supportive. She knew about his idea a while ago. Bowie expressed, “I told him go for it! Then he actually went ahead to prepare for this! I really like this book – not only does it showcase beauty, but it channels a positive lifestyle attitude. [Will you let Ben be your photographer if you release a pictorial?] I often tell him to do that, but he doesn’t have the time! He really loves to take photos though.”

Ben said he will be equally as supportive if Bowie releases a pictorial too. Ben said the most important thing is that the photography is top notch. 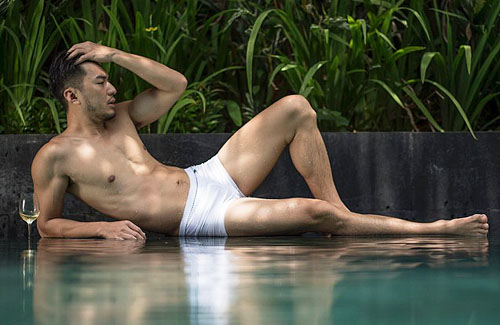 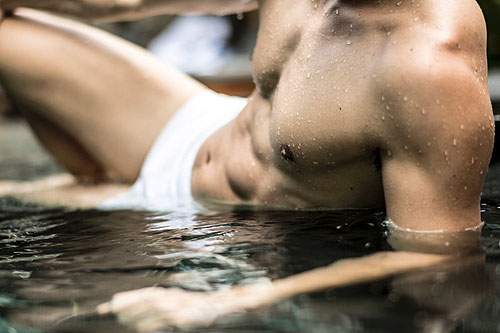 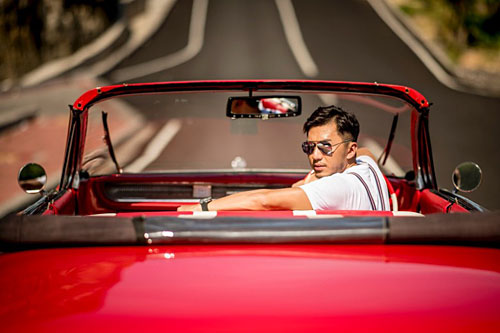 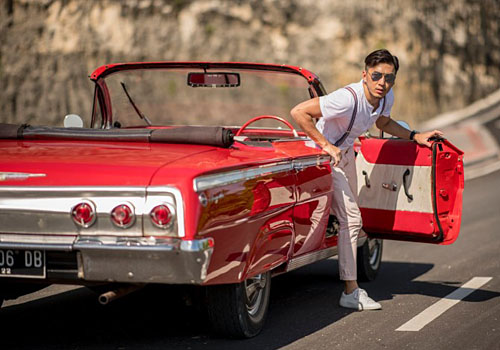 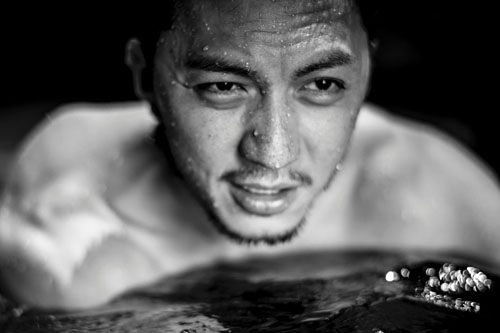