Crime action drama, Flying Tigers (飛虎), has enjoyed success through all three installments. Produced by Shaw Brothers, the most recent installment boasts a star-studded ensemble cast, exciting storyline, and many thrilling action scenes. As the male leads in the drama, Bosco Wong (黃宗澤) and Ron Ng (吳卓羲) commented on the physical toll of action scenes and their impressions of female co-stars.

Bosco recalled when he cramped up due to the heat, physical activity, and dehydration, “At the time, it was the middle of summer and I was in full gear. My fight scene was also filmed in a narrow alley. When I was done filming, I started cramping up. The cramp started on the sole of my left leg and then moved up. Fortunately, there was an EMT nearby who helped me stretch it out. But then my right left started to cramp!”

Bosco said he was “bullied” by Jeannie Chan (陳瀅) in the drama. Discussing their intimate scene, Bosco said, “In one scene, we were drunk. In the next scene, we woke up in bed together. That’s all! I had to sacrifice too, because I only wore my boxers!” 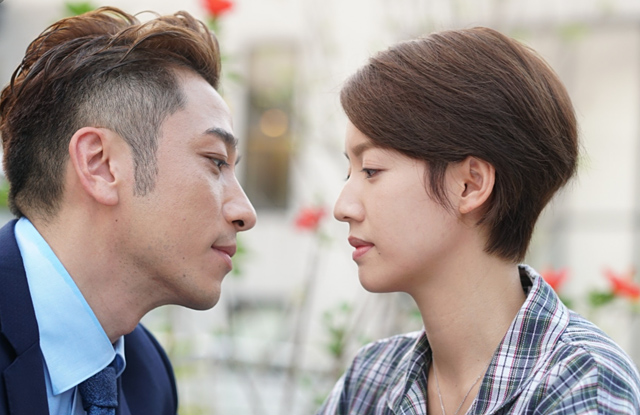 Ron, who has several romantic storylines with female actresses in the drama, joked that his sufferings came from having to deal with too many things all at once. “It’s tiring, you know? I had to investigate crime, wear my full uniform gear, and deal with the mischievous Sisley Choi (蔡思貝)!” In addition to Sisley, Ron also has a romantic arc with Elaine Yiu (姚子羚). He recalls, “There was a scene where she was really aggressive. We were at the hospital after I had saved her brother. She took the initiative to kiss me.”