Miss Chinese International 2016 winner Stitch Yu (余思霆) recently returned to her homeland Taiwan to film a travel show for TVB.  She and her boyfriend Brian Chu (朱敏瀚) bid each other a tearful goodbye, and promised that they would work hard at furthering their careers. Though the couple frequently banter on social media and appear to be managing their long-distance relationship well, Stitch was seen out partying and dancing intimately with other men at a nightclub.

When Stitch met up with Zac Liu (劉子碩), a previous member of talk show Young and Restless <後生仔傾吓偈> who had left TVB to return to Taiwan, the actor posted on social media documenting their night out.

More videos surfaced where Stitch was seen dancing passionately with a man dressed in black, and they kept dancing closer and closer. Afterwards, the black-shirted man hugged her around the waist with his left hand, while his right hand started to wander around her lower body and bottom. Looking like she was enjoying herself, Stitch continued to dance and did not push him away.

The video seemed to be from the same night because Stitch wore a tight white tank top, which looked the same as her clothing in Zac’s videos.

Reporters reached out to Stitch, who admitted that she may have had too much fun, “My friends and I returned from overseas, so we’re all a little more open. The bar is actually a gay bar. My boyfriend [Brian Chu] knows where I am, so it’s fine. I’m still filming a new show for TVB, and I hope that everyone can pay more attention to my work.”

As she always lets Brian know where she is and when she goes home, Stitch is not worried that he would be jealous.  “He knows that I have more friends in Taiwan, and he trusts me. I’m really happy because I haven’t been back to Taiwan in quite some time–so many friends have been asking me to hang out!”

Brian also confirmed that he trusts his girlfriend and is aware of her schedule, “Our relationship is stable, thank you for your concern!”

Still Flirt With Each Other

Though separated long distance, the couple continues to exchange fun, flirty messages on social media to keep their sparks. When Brian won TVB’s Most Improved Male Actor award, Stitch immediately commented with a long rifle emoji under his Instagram post saying, “You got it with one shot! You are the best! Anything can happen as long as you work hard!”

Brian’s response was laced in innuendo, “This comment can have many meanings…” while Stitch replied again, “Wild children all talk like this! I said that my gun never misses its mark! I definitely am deserving of my title as ‘Game Princess’.” 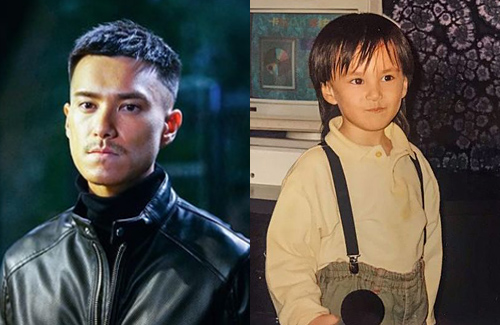