Gemma Chan (陳靜), 36, is one of the few Asian faces gracing Hollywood’s big screen as of late. She’s been gaining momentum in recent years, landing meaty roles in Crazy Rich Asians, Mary Queen of Scots, and the recently released Captain Marvel. Aside from winning the hearts of many viewers, Gemma also won her parents’ approval with her accomplishments despite their initial disapproval of her decision to trade her law career for acting.

The Chinese-British law graduate of Worcester College in the University of Oxford was born in London, England in 1982. Her maternal grandparents immigrated to Scotland before the Cultural Revolution in China and raised Gemma’s mother there, while her father was an engineer from Hong Kong. She herself grew up in London with her younger sister going to ballet, piano, violin, and swimming lessons.

A woman of many talents, Gemma studied law at the University of Oxford and landed a training contract at the famous British law firm, Slaugther and May. Afterwards, she went against her parents’ wishes and enrolled in the Drama Centre London – of which Tom Hardy, Michael Fassbender, and Emilia Clarke are alumni at – using her own savings from modeling. Gemma said her father didn’t speak to her for three months when she gave up being a lawyer. Her parents were worried she wouldn’t find success as an actress with British TV having long been plagued with historical dramas and movies rarely starring Asians.

However, after graduating from drama school in 2008, she worked hard to make her parents proud, scoring minor roles in a number of films, including Sherlock. The catalyst in her acting career was playing the leading role in science fiction drama Humans as “Mia” the robot. Eventually, her hard graft saw success, to which she attributes it partially to her background in law. Even though law requires rational logic whereas acting requires emotional play, her ability to remember 2,000 legal cases comes in handy when it’s time to memorize her dialogues. Moreover, her expertise allows her to be comfortable in handling acting contracts.

Fans of the rising actress can catch her in theaters in Captain Marvel, Marvel’s first female superhero film, where she plays the blue-blooded alien Kree sniper, Minn-Erva. Gemma will also be starring in the Crazy Rich Asians sequel, to be released in 2020 – this time with an exciting love story. However, her own love life has been quiet since ending her six-year relationship with British comedian Jack Whitehall in 2017. 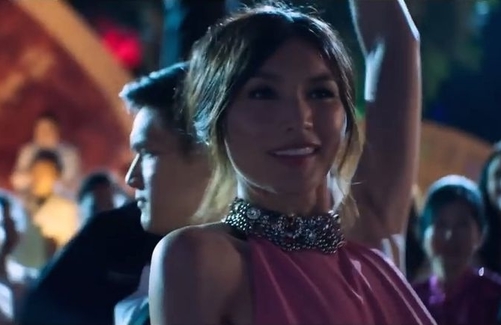