Since becoming parents in September 2020, Raymond Lam (林峯) and his wife Carina Zhang (张馨月) have enjoyed witnessing all of their 1-year-old daughter’s milestones. Carina often shares tidbits of her parenting life on social media. The photos have also revealed a glimpse into the couple’s domestic life, and what their home looks like.

Sharing photos of herself cooking at home recently, Carina was seen preparing a pork belly cut for baking. Although Raymond did not show his face in the photos, he acted as a helpful husband and was seen cutting scallions beside her. Despite the power couple’s wealth, netizens were surprised that the kitchen appeared to be small, but it was furnished nicely. 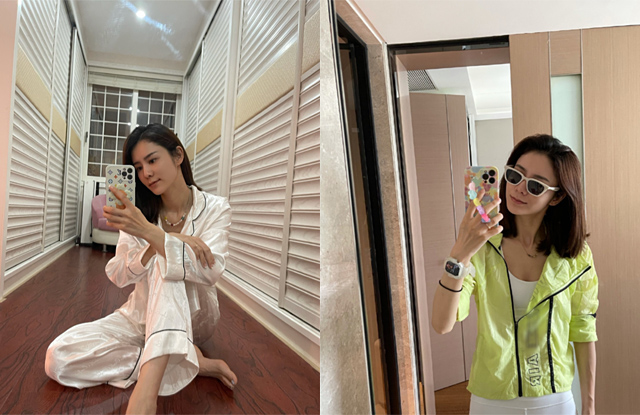 Although the couple starred in Chinese reality show Viva La Romance 5 < 妻子的浪漫旅行 5> and revealed how they get along in their marriage, they have been protective of their daughter’s privacy and would often censor her face in social media posts. 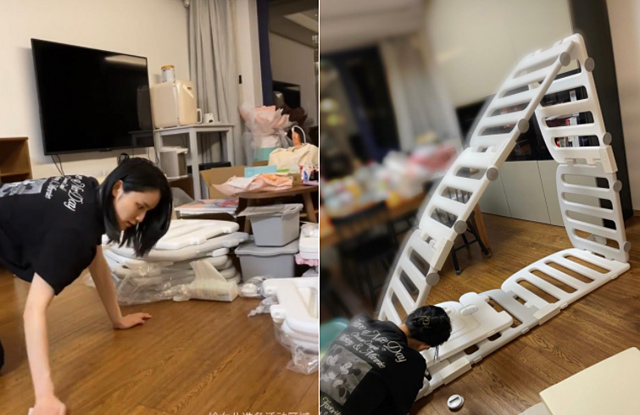 When their daughter was crawling earlier in the year, the couple had prepared a safe zone for her to play in. In a video, Carina was seen kneeling and cleaning their hardwood floor. In another part, she was seen building a cushioned play area with a guard rail. She humorously labelled her daughter as the tallest one at home, “Grow up quickly so that we can bully Daddy together.” 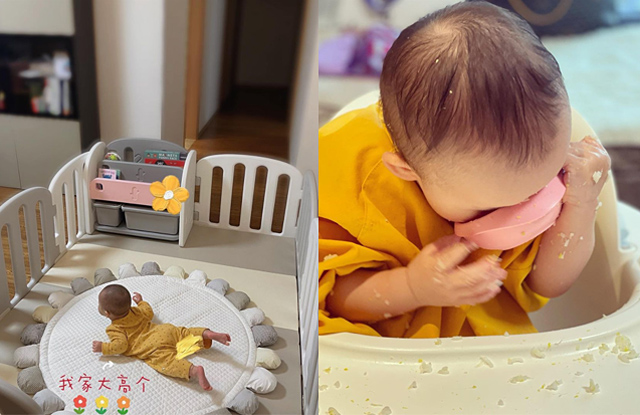