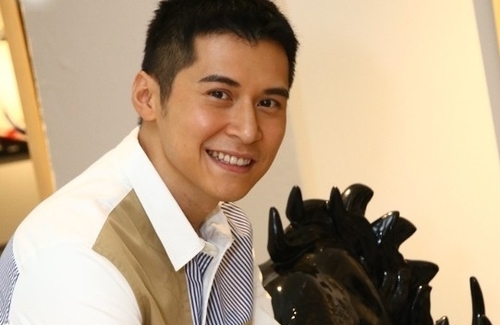 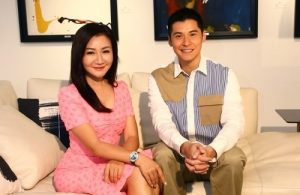 As 34-year-old Carlos Chan (陳家樂) matures, he is learning to be proactive so he won’t have as many regrets in life. In the new variety show, tentatively titled Ling Cheng’s 12 Stars with Memorigin <金鈴12星Ｘ萬希泉>, he revealed that he almost quit the entertainment industry due to his indecisiveness and passiveness. Fortunately, he encountered a director who gave him the confidence to continue.

In this 12-episode series featuring celebrities with different horoscopes, Carlos appeared as the Libra guest. He revealed that he struggled to make difficult choices throughout his life due to his indecisive trait, commonly found in Libras. The actor said, “Since middle school, I would just eat black pepper pork chop and rice if I can’t think of what I want to eat.”

However, his indecisive personality has made him miss out on many opportunities. He said, “I’ve always loved acting and performing, but because I didn’t speak up and I couldn’t decide [on whether I wanted to act or sing], the company trained me to be a singer. I took the wrong path from the very beginning and wasted a lot of time learning how to sing and dance. I still can’t dance. I regret not voicing my opinions right off the bat.” 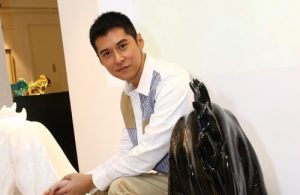 Although he eventually found his way into acting, he considered giving up his dream of being in the entertainment industry and contemplated his decision throughout a movie’s after-party. He recalled being unhappy at the party, so he chose to stand quietly in the corner. He said, “I thought I was way too awkward for this field, so I was thinking that I should quit.”

However, his luck began to turn around when director Heiward Mak (麥曦茵) cast him in the movie DIVA <DIVA 華麗之後>. Not only did she provide him with guidance, but also the confidence to continue in the industry. He said, “At the time, I was really determined to quit, but I thought I should have a retirement film so I could tell my future kids that I was once in this movie with Joey Yung (容祖兒).”

Like with his career, Carlos was once very emotionally passive when it came to romantic relationships. He shared that he did not how to express his love. “As I got older, I realized I have to take more initiative, or else I will miss out on a potential relationship and have regrets,” he expressed.

The actor also learned the importance of protecting his lover. “In the past, I was okay with admitting to a relationship, reporters can write about it, and I can talk about if I’m happy, but I never thought about the other person’s feelings,” he said.

On the topic of his relationships, the interviewer brought up his ex-girlfriend Jennifer Yu (余香凝) and his current rumored girlfriend, Shiga Lin (連詩雅). He laughed and said, ” I don’t want to disclose my current relationship status; give me some space. As for my past, it is already in the past.”