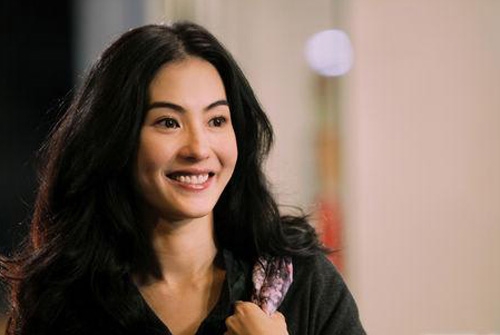 Having gone around the globe in the past year looking for a suitable place to call her new home, Cecilia Cheung (張栢芝) found it in sunny Singapore, where she has finally settled into a normal life with her two sons, Lucas and Quintus.

After Cecilia and Nicholas Tse (謝霆鋒) divorced in 2011, Cecilia’s life as a single mom was closely chronicled. The Hong Kong paparazzi often followed Lucas and Quintus’ outings, even taking photos inside their schools. Not wanting their sons to grow up under public scrutiny, Cecilia put aside her career temporarily and brought her sons to Vancouver, Canada. Attracted by the culture, climate and learning environment, Vancouver was Cecilia’s first choice for her boys. With the intention to settle into life in the Chinese-dominant Vancouver, Cecilia even moved into the 3,000-feet, four-bedroom house that she purchased for $400,000 CAD years ago.

However, it was alleged that Nicholas’ mother, Deborah Li (狄波拉), was unhappy that Lucas and Quintus moved so far away. Persuaded by the Tse family, Cecilia returned back to Hong Kong after spending three months in Vancouver.

Cecilia eventually chose to move to Singapore, which is renown for its rigorous education and is less than four hours away from Hong Kong by airplane. Nicholas has a business in Singapore and Deborah’s stepson, through her second marriage, is also studying there.

Last November, Cecilia bought a $2.6 million SGD, 1000 square feet unit in southern Singapore and enrolled both Lucas and Quintus in the international school there. She is enjoying the bliss of the normal everyday life in Singapore. Waking up every weekday morning at 5 a.m., she prepares the two boys’ breakfasts. At 7:30 a.m., she walks them to the school bus stop. While the children are at school, Cecilia spends three days a week volunteering at a local charity organization, Willing Hearts. She would help to cook and distribute food to the elderly homes. On other days, she will revel in her favorite pastimes, painting and water skiing. Usually at 4:30 p.m. in the afternoon, Cecilia will pick up Lucas and Quintus at the bus stop, while walking to a nearby food center for afternoon tea. Afterward, they will go home and would usually stay in for the night.

On weekends, Cecilia and the boys will explore places of interest in Singapore. The family was spotted in the Science Park, iFly and Sentosa. Since Cecilia is often recognized among the Chinese population on the streets in Singapore, she is always gracious to stop and pose for photographs. On February 16, Cecilia also brought her two sons on a day trip to nearby Malaysia. Together with her friends, they went to Legoland and had a wonderful time despite the raging temperature.

In an interview with a local online English website, Cecilia admitted that she has always wanted to be an ordinary mother and she is currently living that life, sending her two sons to school then going home to do housework, and doing homework with the boys. However, she is still not ready to retire from her career. Cecilia is currently taking a week in March to fly to China to attend several events.

Although Lucas and Quintus are used to life in Singapore, they are still very much connected to their father. In December, Nicholas flew to Singapore to spend time with the boys. Afterward, Cecilia returned to Hong Kong in order for the boys to spend the New Year holidays with their paternal grandparents. The current lifestyle arrangements may be a win-win situation for the entire family.

8 comments to Cecilia Cheung Finds Happiness Being an Ordinary Mom