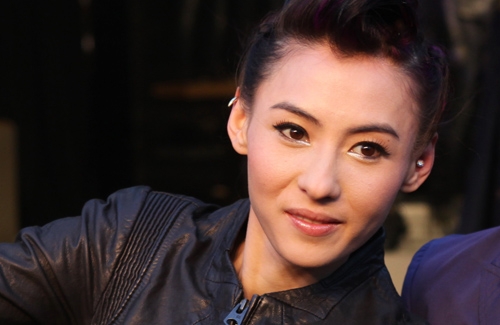 Cecilia is rumored to be feuding with Nicholas over their children’s future and wishes to cut ties with his family. She allegedly immigrated with their two sons to Vancouver, Canada this summer, and has already purchased property and enrolled Lucas and Quintus at local schools. While the move seems amicable on the surface, Nicholas’s family is unhappy that they are separated from the children.

To convince Cecilia to remain in Hong Kong, Nicholas offered unlimited alimony which Cecilia happily accepted. Upon her return in early October, Cecilia denied all immigration claims, calling them fabricated stories. Despite the compromise, she continues to hide her children’s whereabouts from the Tse family, and has even kept them from going to school.

On October 16, Nicholas’s grandmother passed away at age 101 at her Australian nursing home. Although Nicholas was unable to personally attend the funeral, his father Patrick Tse (謝賢) and sister Jennifer Tse (謝婷婷) were present.

According to sources, Nicholas’s grandmother rarely saw Lucas and Quintus and wished to see them before her passing. To fulfill her wish, Nicholas tried repeatedly to get a hold of Cecilia to bring their sons to the funeral. Cecilia disliked the idea and did not respond to Nicholas’s requests.

While the Tse family mourned, Cecilia was instead happily drinking beer while surfing. She was recently seen at her brother Ronnie Cheung’s (張豪龍) wakeboarding school showing off her skills. She also posed freely in her swim bikini, and enjoyed a fun day out away from her two sons.