At TVB’s 2012 Sales Presentation, which was held on November 1st, preview clips of upcoming series were shown to advertisers. Aside from Triumph in the Skies 2 <衝上雲霄2> and War and Beauty 2 <金枝慾孽2>, the reporter found the most attraction in Charmaine Sheh (佘詩曼) and Moses Chan’s (陳豪) 4 In Love.

In 4 In Love, Moses portrayed a Mongkok Jai who successfully pursued Charmaine, who played a superstar in the series. A scene from 4 in Love featured Charmaine’s fully nude back! The camera panned sensually from the top of her head down to her feet. Upon closer scrutiny, the nude figure did not possess the curves and slim waist that Charmaine was famously known for. Most likely, a body double was used in the nude scene.

In addition, Moses had to strip down to his underwear on the streets of Mongkok. Although Moses did not wear a thong in the scene, it was conceptually daring. Did Moses wish to challenge girlfriend, Aimee Chan (陳茵媺), who revealed her bra in Forensic Heroes 3 <法證先鋒III>? Although Charmaine had a body double, Moses appeared in his underwear on public streets. Working as a model in the past and flashing his butt in the in film, Twenty Something <晚九朝五>, Moses’ underwear flash in 4 in Love was elementary!

Triumph in the Skies 2

Another heavyweight drama in 2012 was Triumph in the Skies 2, which continued to feature Myolie Wu (胡杏兒), while adding TVB #1 Brother, Raymond Lam (林峯). Possessing a heart condition in the original Triumph in the Skies, Myolie will become lame and wheelchair bound in the sequel. The reporter wondered how Myolie’s perpetually ill character continued to attract so many men’s interest?

In the sales presentation clip, Triumph in the Skies 2 featured Chilam Cheung (張智霖) replacing Francis Ng (吳鎮宇). In the series, Chilam and pilot, Fala Chen (陳法拉), will share a love relationship and held hands at the airport gates.

Towards the end of the video clip for Triumph in the Skies 2, Francis Ng suddenly appeared and indicated that he will portray a pilot in the sequel. However, the reporter heard that Francis will only make a cameo appearance.

Jayne: TVB continues to sell its series through titillation. A male body double was likely used to film Charmaine Sheh’s nude scene. Was the naked butt truly necessary for the scene? I can’t imagine what the circumstances may have been. 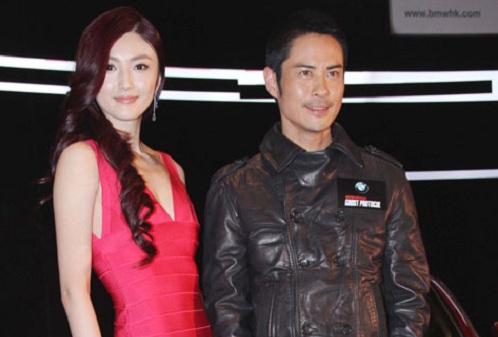 Is there a chance that Kevin Cheng and Charmaine Sheh are back together? 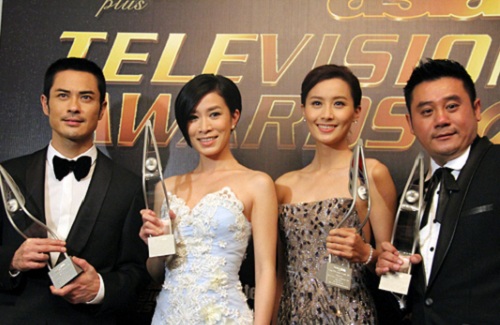