Kevin Cheng (鄭嘉穎)and rumored ex-flame, model Jenny Tsui (徐靖雯), appeared at the premiere of Mission Impossible 4: Ghost Protocol in Hong Kong yesterday. Kevin and Jenny greeted each other at the event. Regarding rumors that Kevin and Jenny were back together, he smiled, “Last time, reporters asked me who Jenny’s boyfriend was. I think it is a misunderstanding! She also congratulated me in winning the Best Actor Award.” Rampant rumors circulated recently that Kevin and rumored, ex-girlfriend, Charmaine Sheh ( 佘詩曼), had reconciled their relationship. Kevin smiled, “After winning awards, more people care about my love life. We have maintained our friendship status. We are not back together; it is not reconciliation!” The reporter laughed and noted that the term, “reconciliation” implied that Kevin and Charmaine had dated in the past. Kevin said embarrassedly, “I am just using the word usage, ‘reconciliation’ that the tabloid magazine had used. Anyhow, there was no reconciliation!”

Jenny Tsui indicated that she did not know that Kevin was scheduled to appear at the Mission Impossible 4 film premiere. Jenny said that she did not feel awkward upon seeing Kevin. Asked if she were concerned that her current boyfriend would be jealous, Jenny replied, “No, he also works in the entertainment industry. We are very good friends and still in the early developmental stages, getting to know each other.”

Jayne: If both Kevin and Charmaine are not seeing anyone and if they have time in their schedule to interact more with each other, there might be possibility in reconciliation. The do look great together!

Kevin has become the new diamond bachelor and there is intense public interest in Kevin finding the right woman. 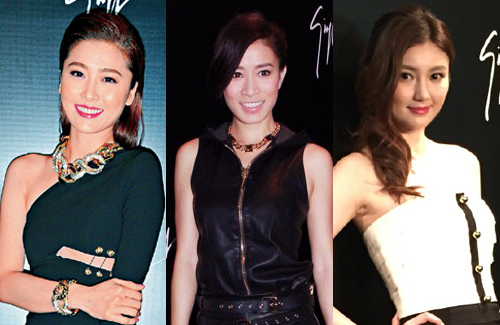