Producer Jonathan Chik (戚其义) touched upon cannibalism in When Heaven Burns <天与地>, which was hailed as an exceptional drama. It was understood that upcoming series, Psychological Warfare <心战>, which was produced by Jonathan Chik and written by Zhou Xuming (周旭明), touched upon even more controversial topics. Portraying a serial killer in Psychological Warfare, Moses Chan (陳豪) will chop up his victims and cook them, while slowly savoring the taste of their flesh. This tendency was reminiscent of cannibalistic serial killer, Anthony Hopkin’s role in Hollywood movie, Silence of the Lambs.

When Heaven Burns has already come to an end, however the drama’s unconventional approach made the series still savored by the audience. In particular, the dialogue in When Heaven Burns, was full of metaphors which was praised as being excellent. The series was regarded as an extraordinary masterpiece.

Adam Cheng (鄭少秋) will portray a neurotic theater master. Twenty-five years ago, Adam was mistaken for a rich man, which lead to his daughter becoming a kidnapping target. The kidnappers threatened to kill his daughter. Since the corpse was never located, Adam believed that his daughter was still alive. Due to fate, Adam’s analytical and interpretative skills assisted the police in tracking down serial killer, Moses Chan, thus launching a gripping battle of wits.

Psychological Warfare stars Adam Cheng, Moses Chan, Kenny Wong ( 黃德斌), Maggie Shiu (邵美琪), and Aimee Chan (陳茵媺). The drama filmed from September 2010 to January 2011.  At the sales presentation earlier, a video clip of Psychological Warfare was shown, which featured many scenes of bloody murdered victims and Moses cutting off the head of one of his murdered victims, wrapping the head in a plastic bag and throwing it into a garbage room.

Asked about the extreme nature of Psychological Warfare, Adam Cheng said, “I do not remember. Perhaps the extreme scenes did not involved me and featured Moses Chan instead. I am not too clear on the matter.” Asked whether he hoped that Pyschological Warfare will be broadcast sooner, Adam said, “Of course after filming a series, you hope to see it aired quickly.” Moses Chan could not be reached for comment.

In addition, Jonathan Chik and Zhou Xuming’s new series, War and Beauty 2 <金枝慾孽 2>, will start filming in February 2012. However, the duo allegedly possessed intentions to leave TVB after the completion of War and Beauty 2. Jayne: Psychological Warfare sounds tense and gripping. Wonder how Moses will portray the role of a serial killer. I am looking forward to this one, to see how the subject matter will be treated. 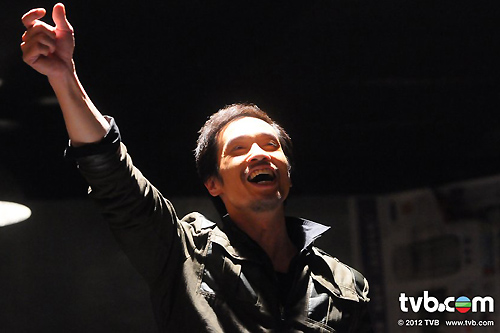