Last year’s Story of Yanxi Palace <延禧攻略> boosted Charmaine Sheh‘s (佘詩曼) career to another peak. In a recent interview, Charmaine spoke about how she overcame challenges and achieved breakthroughs in different stages in her career, and what kind of partner attracts her. 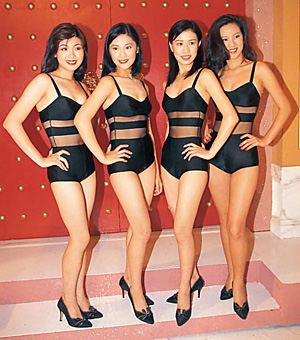 Reflecting on her career which started with the Miss Hong Kong pageant in 1997, Charmaine said, “Actually, many people had encouraged me to enter the pageant for about 10 years. After graduating from my studies, the hospitality industry had cut back on hiring, so I had to wait [to find a job]. While waiting, the ad for Miss Hong Kong came on television again, and my mom urged me to enter once more.”

Charmaine revealed that she didn’t have a strong interest in dramatic arts as a child. “In school, I didn’t participate in the drama club. When I first started acting, in that environment with strangers all around, [I was] really scared and young, so my voice would became unnaturally high-pitched. See, I was also once dejected [about acting]!”

When asked if popularity ever got to her head , Charmaine responded humbly, explaining, “I didn’t, because if you act well, there are many others who can act even better. If you had done well this time, you might not do as good the next…you will never reach your best.”

A bittersweet turning point occurred in 2006 for Charmaine. “After getting my first twin awards for Best Actress and My Favorite Female Character, I was overjoyed because I had always worked towards this goal. But after about half a year, I did not know what to do and felt very aimless. I spoke to many seniors, who told me ‘This is just a phase. When you come across the next drama which you love, you will remember none of this!’ I thought that’s so true!” 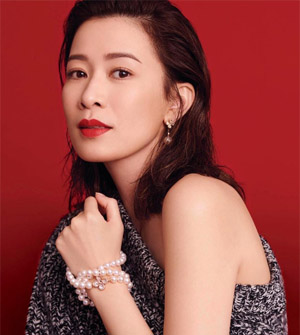 Unexpectedly, Charmaine’s career achievement also became a bottleneck. She recounts what motivated her decision to leave the familiar environment of TVB, “At that time even I got a bit bored with filming, because I had worked with almost everyone in the company, including fellow actors and crew. I was afraid that the audience would get bored. So I thought why not try leaving, and try working with different actors and production teams?”

But change brought a momentary downturn in Charmaine’s work. “At first, no one had any idea how to contact me, so there was a time when I wasn’t so busy, as I took on only some jobs and missed many others. Later I started my own studio, and accepted a reality show job which required cooking, but I wasn’t very good at it, so I scratched my head over it.”

When asked how she snagged her role as Consort Xian in Story of Yanxi Palace, the actress recounted, “I had worked with Yu Zheng (于正) a long, long time ago. He was a scriptwriter at the time, and he had looked for me for his first script, so we knew each other. He had approached me after that but I was filming almost every day in Hong Kong, and could not take time out. He had watched War and Beauty <金枝慾孽> and really liked it, so he approached me again after 8 or 10 years.”

Charmaine also reflected on her roles before Consort Xian. “For many years, I never really had the chance to portray a villainous character. Now that the chance was finally here for me to showcase myself, I felt contradicted, fearing that the viewers wouldn’t like me. I was also happy that I can finally do it, and wondered how it would turn out by applying all those years of experience I’ve had to (this role).”

Less Filming in a Year

Summarizing her reduced drama output in recent years, Charmaine said, “I reduced my workload by a lot. In the past I would film 120 episodes a year, now I would do much less a year. I feel that it is getting more difficult to win an award now, because it would mostly be in Mainland China, and the competition is fierce. They have so many artistes there; it is definitely not easy, so I really appreciate the chance.”

Recently, Charmaine is busy filming Yu Zheng’s new series  Winter Begonia <鬓边不是海棠红>, which is set in the 1930s. Portraying Huang Xiaoming’s (黃曉明) wife, Charmaine said. “I’m not pressured about whether I will do as well as before, because my previous role in Story of Yanxi Palace required a lot of emotional upheavals, and everyone would feel that it was refreshing, and different. This time, I’m tackling a housewife character, an ordinary person, so viewers will regard her differently.”

Still single and eligible, the 43 year-old actress also shared her criteria when it comes to dating, “I like capable, charismatic men. When I was in my prime, I had sacrificed love for career, but I don’t regret it as I love my work and acting. I do believe in love. I feel that I will meet someone I really like, but I won’t push it as he will appear if it’s meant to be.”